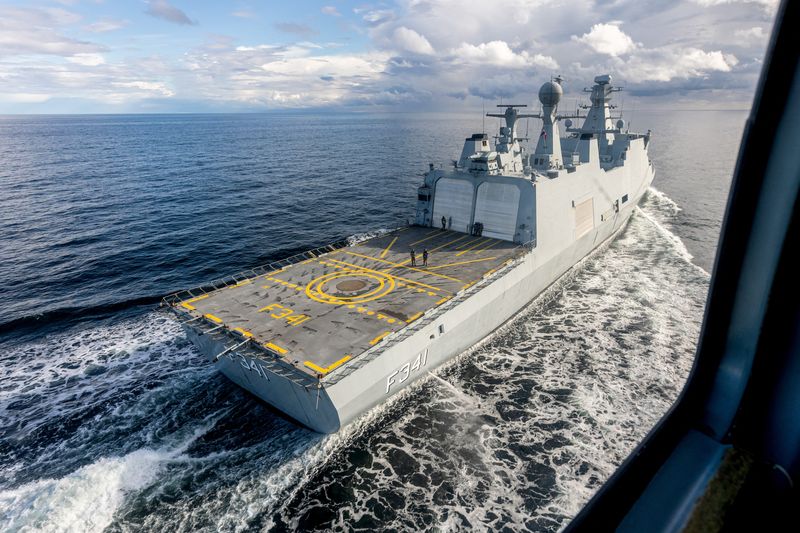 COPENHAGEN (Reuters) – A preliminary investigation of damages to the two Nord Stream gas pipelines in the Danish part of the Baltic Sea shows that the leaks were caused by “powerful explosions”, Copenhagen Police said on Tuesday.

Swedish and Danish authorities are investigating four holes in the Nord Stream 1 and 2 pipelines, which link Russia and Germany via the Baltic Sea and have become a flashpoint in the Ukraine crisis.

Further investigations into the Sept. 26 ruptures in Denmark’s exclusive economic zone will be handled jointly by Copenhagen Police and the country’s Security and Intelligence Service.

World leaders have called the damages an act of sabotage but it still remains unclear who might be behind the detonations.

The Danish findings appeared to be similar to those of Swedish prosecutors, who said two other holes in the pipelines also seemed to have been caused by explosions and that the case was being investigated as an act of gross sabotage.

A section measuring at least 50 metres (164 feet) is missing from the ruptured Nord Stream 1 gas pipeline, Swedish daily Expressen reported on Tuesday after filming what it said were the first publicly released images of the damage.

Reuters could not independently verify that the images published by the newspaper were of Nord Stream 1.

Seismologists in Denmark have previously said they had registered tremors in the vicinity of the leaks measuring as much as 2.3 on the Richter scale and that the signals did not resemble those from earthquakes.

Danish police could not say when the investigation is expected to be concluded.

“It is still too early to say anything about the framework under which the international cooperation with e.g. Sweden and Germany will run, as it depends on several factors,” Copenhagen Police said in a statement.

Fortnite’s Halloween update will turn you into a werewolf