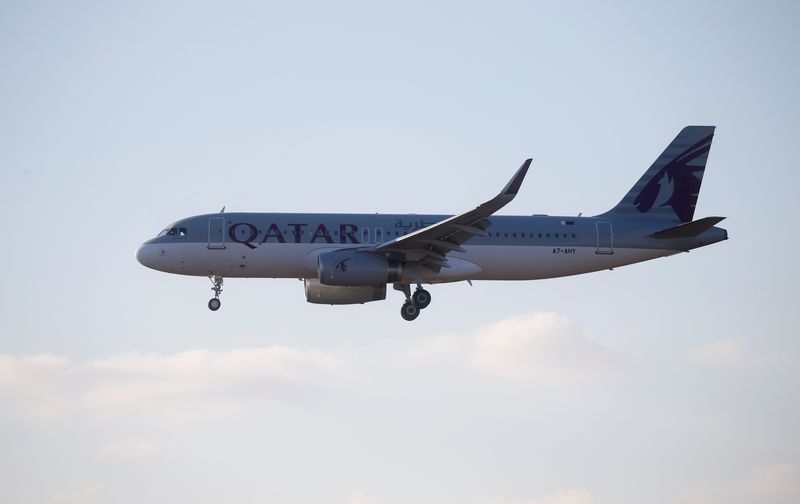 DUBAI (Reuters) -Qatar Airways on Thursday posted its first annual profit since 2017 following years of losses blamed on a regional political dispute and the pandemic.

The airline, which only operates international flights, said it made a profit of 5.6 billion riyal ($1.5 billion) in the year to March 31, compared to a year ago loss of 14.8 billion.

It said revenue climbed 78% to 52.3 billion revenue as passenger traffic more than tripled to 18.5 million, which was still down compared to the year before the pandemic struck.

The cargo business, however, recorded its best ever year with the airline carrying 3 million tonnes of freight.

Air freight rates have sky-rocketed since the start of the pandemic, in part due to constraints in the shipping industry.

Chief Executive Akbar Al Baker said business fundamentals would have been helped to a greater degree if it was not for “unforeseen circumstances” that have significantly impacted fleet capacity and ability to add expand its route network.

Qatar Airways is suing Airbus in a British court for $1 billion in damages after grounding around two dozen of its A350s experiencing the flaws, which it says raise safety concerns – something Airbus and European regulators deny.

The airline had reported consecutive annual losses since its 2017/18 financial year, which it blamed on the political rift that caused it to be banned from some neighbouring countries.

That ban, which forced the airline to operate longer, more expensive routes, was lifted after Saudi Arabia, the United Arab Emirates and others in 2021 ended their dispute with Qatar.