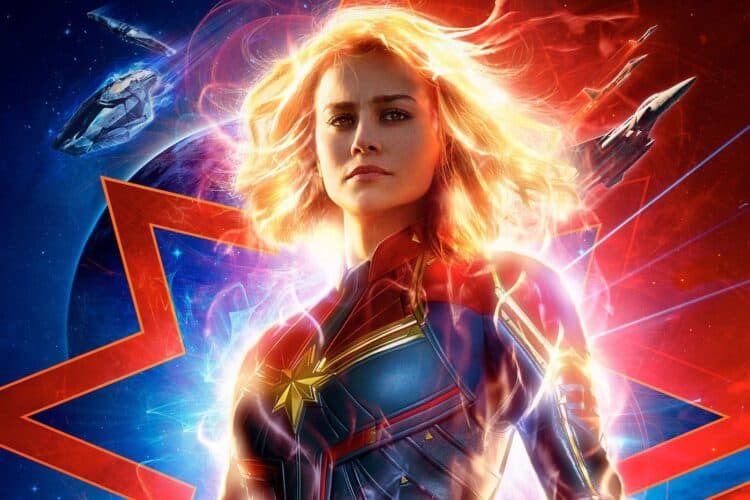 Superhero comics have earned their reputation for being convoluted. However, the name of Captain Marvel is something of a stand-out even in that context. After all, it started out being used by the character that is now owned by DC Comics, who might be better-known to interested individuals as Shazam. Despite that, the original owner stopped publishing the comic in 1953, thus enabling Marvel Comics to take the trademark in the late 1960s. Since then, the latter has made sure to release a new comic book series from time to time so that it can retain the trademark, which is why there are more characters who have used the name than there are fingers on a hand. Regardless, Carol Danvers is now the Captain Marvel because the MCU movie of the same name was a success. Something helped along by its soundtrack.

“You Could Use a Jump” is another piece of transition music, though it is much more triumphant because it is set at a very different point in the movie.

“Why Do You Fight?” is a more introspective track. The issue is that it is too short for much of substance to be said about it.

Much the same can be said for “Let’s Bring Him Home.” Still, it works well enough for building up towards a sense of tension, particularly since the soundtrack as a whole is varied enough for that to matter.

If the last track was building up towards a sense of tension, this track would be maintaining that same sense of tension. Something that makes sense considering its use in the movie.

Sometimes, the title of a track says everything. “Interrupting Something?” is very much setup, but it can be considered a case of setup being handled well.

This track is short. Still, it has a pleasing note of triumph to it.

As high-tension tracks go, this one isn’t that notable. Still, it does manage to stand out a bit because it has clear moments inspired by the 1990s. That makes sense. Moreover, that worked without coming off as being gimmicky.

Another high-tension track. “Trapped” is better than average because its slower pace enables it to better project the feeling that it should based on its name.

The previous track was the build-up. Meanwhile, this track would be the payoff of revelation.

“Photos of Us” manages to be one of the more emotional tracks on this list. That is a good thing, not least because breaks between more energetic segments are needed to ensure that the highs remain highs and the lows remain lows.

“Space Turbulence” is interesting because it starts off by creating an ominous air before leaving the listener with the impression that whatever is coming can nonetheless be overcome. It isn’t just any track that can do that.

This is pretty much exactly the kind of thing that one would expect to hear when embarking on a spaceship is supposed to be a thing of wonder. “Boarding the Train” isn’t the most memorable example of its kind. Even so, it is on the better end of things.

“High Score” opens with something of a somber note before moving towards a more uplifting feel. The transition is handled very smoothly.

“More Problems” has a somewhat amusing name because of its understatement. This is very much music meant for the climax of an action movie, which enhances the scene with which it is paired because of capable execution.

This track starts out ominous. However, that sense of oppressiveness soon dissolves beneath the palpable feel of surging power.

There is a fair amount of change packed into this track, though to be fair, that is possible because this is the second longest track on this list. It starts by creating a strong sense of unease. Subsequently, the track moves into something more expected of an action movie, which comes with its own ups and highs. It doesn’t quite wrap everything up because it leaves that to its follow-up.

As such, it makes sense for the follow-up “Hot Pursuit” to be evaluated at the same time. It is fast and frenetic, as befitting a track with its name. Moreover, “Hot Pursuit” does start to lighten up towards the end, meaning that it isn’t 100 percent the same.

This is one more track that echoes the theme. Its name is a bit misleading. Certainly, the track makes it clear that this isn’t a final goodbye. Still, it is nonetheless a goodbye for the time being, though one that is a very decent way to end the movie on.

The titular character’s theme is quite decent. It manages to project a sense of strength. However, the theme also manages to communicate that there is more to the character than just her strength, which is very important considering the movie’s overall narrative. On top of those things, it is quite recognizable as well.