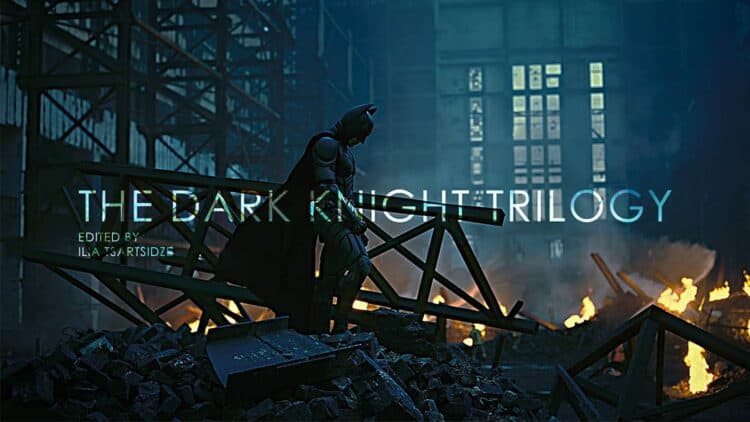 There have been a lot of Batman movies. From the mid 2000s to the early 2010s, there was The Dark Knight trilogy, which received a fair amount of praise in their time. For proof, look no further than the fact that the three movies managed to make more than $2.4 billion at the box office. Confusingly, The Dark Knight itself isn’t the first movie. Instead, it is the second movie, serving as the 2008 follow-up to 2005’s Batman Begins. Regardless, it did very well, not least because of Heath Ledger’s final performance as the Joker. Here are the best songs from the soundtrack.

A bit longer than two minutes, “Blood On My Hands” is more of a setup for other tracks than something that matters on its own. In this, it is much the same as the scene in which it was used.

Speaking of which, something very similar can be said about “Always a Catch.” It does its job well enough. Otherwise, there isn’t that much that can be said about the track, particularly since it was never meant to stand out in the same way as some of the attention-getters on this soundtrack.

There isn’t much that can be said for “Like a Dog Chasing Cars.” It is very much a piece of music for a superhero movie that sometimes leans a bit too much towards feigned seriousness.

“Agent of Chaos” has more of a sense of menace to it. Something that makes sense because it sees use in some not so happy scenes.

9. “And I Thought My Jokes Were Bad” – Hans Zimmer, James Newton Howard

There is a decent sense of momentum to this track. It isn’t the kind of thing that most people would want to listen to again and again. However, it manages to work quite well as an in-between while transitioning from one memorable track to another.

This track is effective. It is quite good at building a sense of tension, maintaining a sense of tension, and otherwise contribute to the scenes of the movie in which it was used. There is a dark mood to it, which makes sense considering the nature of the protagonist’s role in the movie as well as in much of his other appearances. Indeed, the track itself is named thus because of Batman’s insistence that Harvey Dent is the real hero rather than himself. Something that is quite interesting considering the movie’s general narrative.

7. “I Am the Batman” – Hans Zimmer, James Newton Howard

Speaking of which, “I Am the Batman” is another track that excels in the course of doing its job. It sounds like it is building up towards something important because that is exactly what the scene is supposed to be. After all, it isn’t used when Batman says that he is Batman. Instead, it is used when Harvey Dent does so for the purpose of luring out the Joker.

Batman media often plays with the idea of characters being convinced to do things that normal people wouldn’t do because of negative experiences. “A Little Push” made the relevant scene in the movie more effective than otherwise possible. In some places, it sounds like the kind of thing that one would expect from a horror movie soundtrack, which to be fair, could very well be the point.

“Introduce a Little Anarchy” has a bit of bounce to go along with its sense of tension. This enables it to stand out a bit when compared with most of its counterparts. Moreover, it doesn’t do so in a bad way because it is paired very well with the scene in which Batman realized that the Joker had dressed his hostages as his henchmen.

Unsurprisingly, this track sees a fair amount of change. Yes, the Harvey Dent of this movie is less gimmicky than most of his counterparts, so much so that a lot of people have argued that he should be considered a tragic hero rather than one more supervillain. Even so, tragic heroes tend to be tragic heroes through great change, which is very much reflected by this track.

Given the name, interested individuals should have no problem guessing that “Why So Serious?” combines the Joker’s various themes. The track has a very distinctive sound to it, which has been embraced by some but rejected by others. On top of that, there are those who have a hard time separating their feelings for it from their feelings for the way that the Joker is used throughout Batman media, thus further complicating matters.