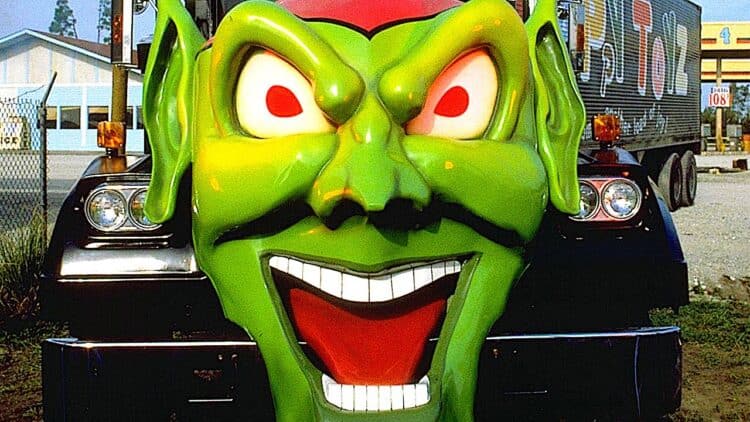 Maximum Overdrive is an American cracking action, horror, and comedy film directed by Stephen King and released in July 1986. Apart from a superb soundtrack, the film has a few dark humor moments and an exciting plot that revolves around a Comet that passes too close to Earth. All electronic items on the planet suddenly spring to life and become evil. ATMs are seen insulting customers, and a bridge rises during heavy traffic, causing all the vehicles to collide and fall into the river. As the movie progresses, chaos is seen as machines worldwide start attacking humans. This is a great childhood horror movie for children who love killer clowns from outer space, with explosions and action-packed. The film soundtrack features some great mid-1980s tunes from AC/DC hard rock band, country singer Roger Miller and Richard Wagner. This article ranks ten of the best songs from the Maximum Overdrive soundtrack.

10. Ride of the Valkyries – Richard Wagner

“Ride of the Valkyries” is the second of the four purely instrumental musical dramas based on the Norse saga composed by Richard Wagner. This incredible sound is quite calming and less dramatic. It was composed in 1850’s and is over 150 years old. This compilation recording is flawless and has the most vitality of any version I have been able to find.

“Sink the Pink” is an actual rock song with fantastic guitar riffs, incredible drum beats, and a lot of rhythmic band instruments at play that are mind-blowing. It is a top hit from AC/DC’s band album, Back in Black. One of the most significant AC/DC songs played on the soundtrack.

8. King of the Road – Roger Miller

The song was recorded in 1964 by the country singer Roger Miller as his fifth single. The opening of the song “Trailer for sale or rent” was inspired by a signpost on a barn. Lyrically, the piece reveals the tales of a migrant worker lifestyle in the US. This song was a monumental success and charted number one on the US Country chart and fourth on US Billboard Hot 100.

“You Shook Me All Night” was the first AC/DC single featuring Brian Johnson as the lead singer, whose vocals are catchy and add an extra element to the song. The beautiful masterpiece was released in August 1980 on the AC/DC album, Back in Black. This pop-rock single generated instant attention upon release and peaked at thirty-five on USA’s Hot 100 pop singles chart. The track is a staple of AC/DC concerts and was a great addition to the soundtrack.

“Ride On” is a sad and lonely ballad of a bitter man reflecting on the past mistakes in a relationship while under the influence of alcohol. This track was sung by Bon Scott from the AC/DC band, who expresses his feelings and needs to change his ways. Critics reviewed this song as one of AC/DC’s best songs. The song was released in 1977 as the last single off the album, Dirty Deeds Done Dirt Cheap.

The song was an incredible remix by Harry Vanda and Georg Young from the AC/DC band and released on the album, Who Made Who. The original mix was released in February 1986 as the first single from the Fly on the Wall album. The remix was masterfully done with vocals much clearer and incredible drum beats. (https://genius.com/Ac-dc-shake-your-foundations-lyrics)

This is a slow and sorrowful song done by the Australian rock band AC/DC after the death of their lead singer Bon Scott. This single was released in October 1980 from the band’s second best-selling album, Back in Black. In the music video, the bell used by the band was made by John Taylor Bellfounders, engraving the AC/DC logo and branded with the song title, “Hells Bells.” The song was positively received and ranked as the sixth-best song on the list of the 40 greatest songs of AC/DC band by the British daily newspaper, The Guardian. The song is also featured on AC/DC’s soundtrack Who Made Who.

“Chase The Ace” is one of the instrumental rock singles from the Who Made Who album released in May 1986 by the Australian hard rock band AC/DC. The song contains beautiful lyrics, excellent guitar riffs which might make you wonder if AC/DC ever had a boring song.

The song’s title was established on an ancient salute used by Roman Prisoners to be decapitated in the Colosseum, “Hail Caesar, those who are about to die salute you.” The song was released by the Australian hard rock band AC/DC in March 1982 from their eighth studio album. The band AC/DC was inspired to write the song by the British poet and novelist Robert Graves who wrote a lot about history.

The number one song on our countdown of the greatest songs on The Maximum Overdrive soundtrack is “Who Made Who” by the Australian hard rock band AC/DC. The track was released in May 1986 from its self-titled album, written for the Stephen King’s movie Maximum Overdrive. “Who Made Who” is the band’s most successful hit, emerging at number twenty-three on the Billboard Mainstream Rock Chart and thirty-three on US Billboard Hot 100. In the same year of release, the song was nominated as the second-best track by the American music magazine, Hit Parader and has been played severely on the iconic world tours.

Ranking All The Songs From The Legend of Billie Jean Soundtrack

“Whatever Happened to the Ad Libs?”- An insight into the Bayonne, NJ music group