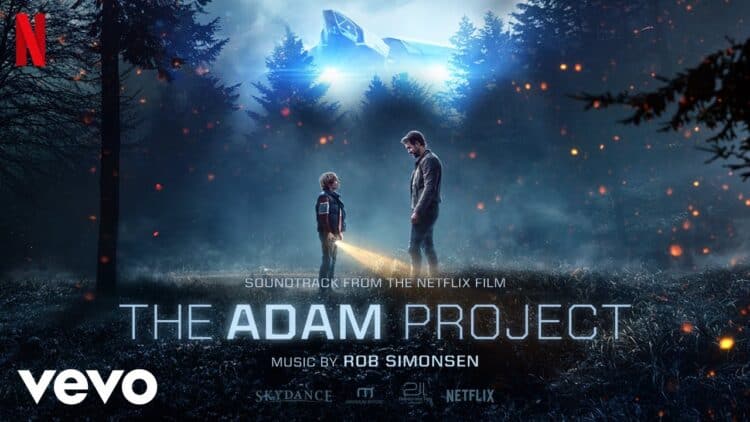 “The Adam Project” is a 2022 film starring Ryan Reynolds, Jennifer Garner and Mark Ruffalo, among others. The movie itself involves a fighter pilot who can travel through time (Reynolds), ultimately crash landing in 2022 as opposed to the year he took off from, 2050. He ends up meeting himself (at twelve years of age) and then enlisting his younger self’s assistance, along with that of his father (who has since passed away). All in all, it’s a bit of a hybrid between a sci-fi film and one that is better classified in the action/adventure genre. It also comes with a full-fledged soundtrack packed with some great songs. With more than 20 tracks on it, some are better than others. Below are 10 of the best songs featured, ranked from number 10 all the way to number one. As always, there is also a YouTube link to each individual track so you can listen at your own convenience.

This is a song that speaks to the way we all feel from time to time. It speaks of being a puppet as opposed to being able to make one’s own decisions. Some of the lyrics in the song also discuss not being where a particular individual wants to be at any given point in time. Any person who has ever struggled with professional or personal issues that make them feel like they need to do something different can relate to lyrics such as these.

No, the song isn’t about tasting anything in a literal sense. Instead, it refers to essentially taking life by the horns and experiencing everything to the fullest extent possible. As opposed to playing it safe and doing the same thing you’ve always done, this is a song that encourages you to go out and try something new, even if it scares you half to death in the process.

8. Stressed Out (Twenty One Pilots)

Have you ever had one of those days where you just feel like everything is off? This is a song that tries to put those feelings into lyrics. It talks about not being able to do anything quite well enough, always wishing that something was just a little bit better than it actually is. At the same time, there are lyrics in the song that talk about wanting to go back to days past when things seemed to come easier. At its core, it talks about happier times when things didn’t seem as difficult as they do right now. Obviously, it’s a song that a lot of people can relate to.

When you see the title of this song, you think it’s going to be something that talks about being happy. However, that isn’t necessarily the case. In reality, the song deals with being forced to find some type of joy in what many people consider a dystopian existence. It’s a song that works very well for the theme of the film but in reality, many people can relate to it because it applies to certain aspects of daily life in a world that has become less caring about the things that are truly important.

This is a sweet song that talks about getting high in a very literal sense, but also speaks of it in the past tense. It’s true, the song talks about using various drugs and alcohol in order to achieve that high and mask the pain that virtually every person feels over one thing or another in life. However, the song takes a turn about halfway through and starts talking about how the individual in question no longer needs those things because they finally found someone that means so much to them that they no longer need chemical help to get through the day. Instead, they simply rely on their love for that particular individual.

This is the song that asks you to dive deeper into not only what you think, but also how you feel. It talks about leaving all of the things that don’t really matter behind and focusing on becoming your authentic self. It’s quite an introspective song that really forces those listening to it to ask themselves hard questions about the type of person they want to be.

There’s no doubt that some people are born into privilege and others are forced to fight for every scrap they get from the time they’re old enough to crawl. It’s an unfortunate reality, but that doesn’t make it any less true. This is a song that talks about exactly those types of things. In fact, the lyrics speak from the perspective of a person who has been fighting for everything they had from the moment they were born. It goes on to talk about the physical and mental toll that it takes and the mindset that it helps to create in those who are affected by it.

This is an instrumental take on a popular ballad of the same name from the 1980s. It’s a beautiful song in its own right and the fact that it is played on piano only makes it more so. It also allows it to serve as a near perfect backdrop for some of the more emotional scenes in the film.

As you might have guessed, this is a love song. That being said, it’s more upbeat than a lot of love songs. In fact, some might even argue that it sounds more like an up-tempo Soul song than anything else. At its core, it’s all about dealing with the trials and tribulations of daily life and finding that special someone to share them with.

Here, you have a great love song that talks about opening your heart and allowing yourself to experience that love so that you can both find a way to love yourself and allow others to do the same thing. It’s a beautifully written song that talks about not being able to truly accept love until you’re capable of finding something besides faults in yourself. It also talks about how dramatically your life can change when you finally do exactly that so that other people can love you fully.