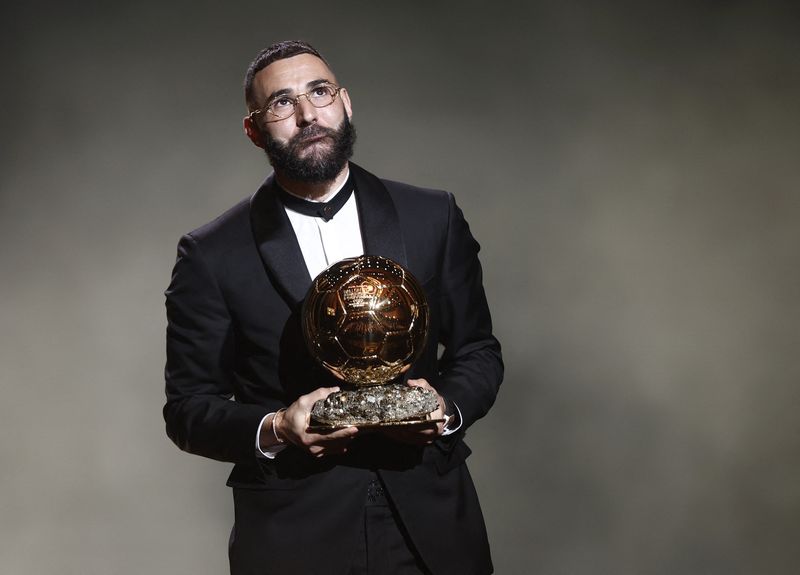 Benzema, who played a pivotal role in Real’s run to the Champions League title last season, is the first French player to win the trophy since Zinedine Zidane in 1998 and the fifth after Raymond Kopa, Michel Platini and Jean-Pierre Papin.

“This prize in front of me makes me really proud. When I was small, it was a childhood dream, I never gave up… Anything is possible,” Benzema said on stage at the ceremony.

“There was a difficult period when I wasn’t in the French team but I never gave up. I’m really proud of my journey here. It wasn’t easy, it was a difficult time for my family as well.”

Benzema had a stellar season with Real, scoring 44 goals in 46 games in all competitions as he helped guide them to a LaLiga and Champions League double. His 15 goals in the Champions League guided Real to a record-extending 14th title.

Real made remarkable comebacks from losing positions in the last-16, quarter-finals and semi-finals against Paris St Germain, Chelsea and Manchester City respectively — with Benzema scoring in each of the second legs.

The highlight of their European campaign was the 3-1 win in the second leg against PSG when the Spanish club were 2-0 down on aggregate, with Benzema grabbing a 17-minute hat-trick in the second half to stun the Ligue 1 side.

Monster Beverage Upgraded at JPM On ‘Attractive Narrative’ into 2023 By Investing.com