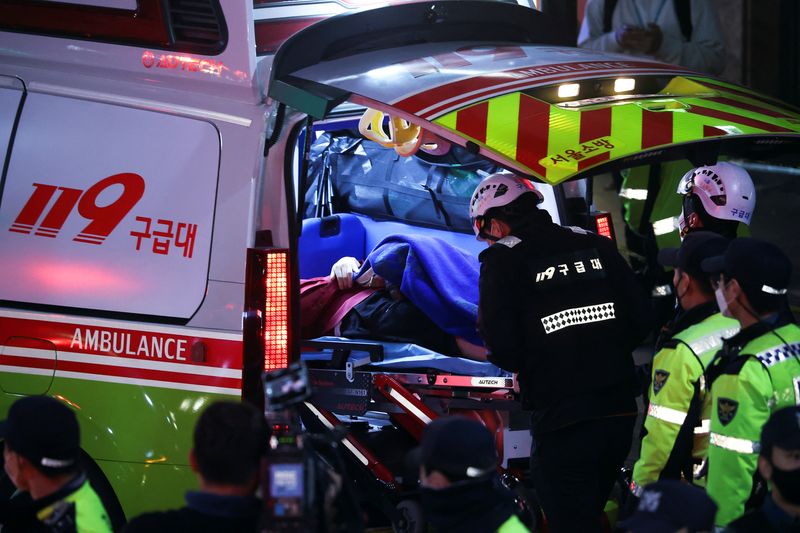 © Reuters. A person receives medical help at the scene where dozens of people were injured in a stampede during a Halloween festival in Seoul, South Korea, October 29, 2022. REUTERS/Kim Hong-ji

SEOUL (Reuters) – The number of deaths reported from a stampede in a central district of the South Korean capital Seoul has risen to 120, a fire official said.

The incident took place at about 10:20 p.m. (1320 GMT) as a large number of people fell down in a narrow alley during the Halloween events.