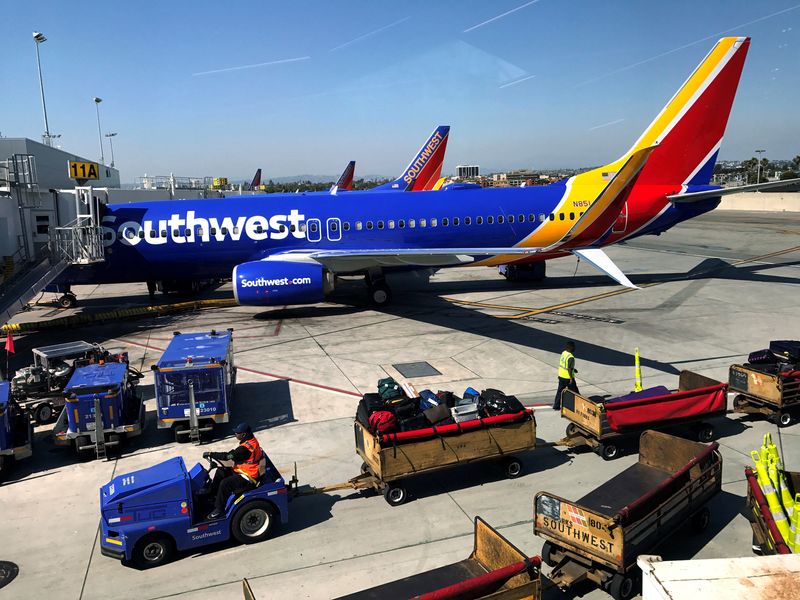 The Dallas-based carrier said travel demand has strengthened in the current quarter on the back of stronger leisure and business travel bookings. It anticipates a further strengthening next year.

As a result, it estimates a 13% to 17% jump in operating revenue in the fourth quarter versus the same period of 2019 even as capacity is projected to be down about 2%.

“While there’s noise regarding whether we are headed into a recession or not or whether we may even be in one now, we have not seen any noticeable impact on our booking and revenue trends,” Chief Executive Officer Bob Jordan said on an earnings call.

Southwest is the latest U.S. airline to play down demand concerns.

The airline industry, which is facing higher fuel and wage bills, has been relying on strong consumer demand to mitigate inflationary pressure with higher fares. Investors are worried that a recession could hit travel spending, hurting the industry’s profits.

Carriers, however, say an unquenched thirst for travel, hybrid work arrangements and limited airline capacity due to aircraft and pilot shortages would keep their business humming.

Southwest expects aircraft delivery delays to persist into 2024. It is contractually scheduled to receive deliveries of 114 737 MAX jets from Boeing (NYSE:) this year, but a portion of them is expected to be delayed as the U.S. planemaker continues to face supply chain challenges and regulatory hurdles in the certification of the 737 Max 7.

Southwest, Boeing’s biggest 737 customer, said it expects no 737 Max 7 deliveries this year and has converted 17 orders for next year to the 737 Max 8.

Boeing faces a late December deadline for the Federal Aviation Administration (FAA) to certify the MAX 7 under existing rules.

Southwest said while Boeing is “very confident” of securing certification or an extension for MAX 7, its network and business plan for next year assumes no deliveries of the aircraft.

The airline expects to fully restore its network to pre-pandemic levels by December 2023. But fleet utilization is expected to be limited by pilot staffing constraints for the majority of next year, fueling cost pressures.

It said reinstating its dividend is a “high” priority for the company. It also plans to resume share repurchases “at the right time.”

Analysis-In emerging markets, the bulls are back again By Reuters