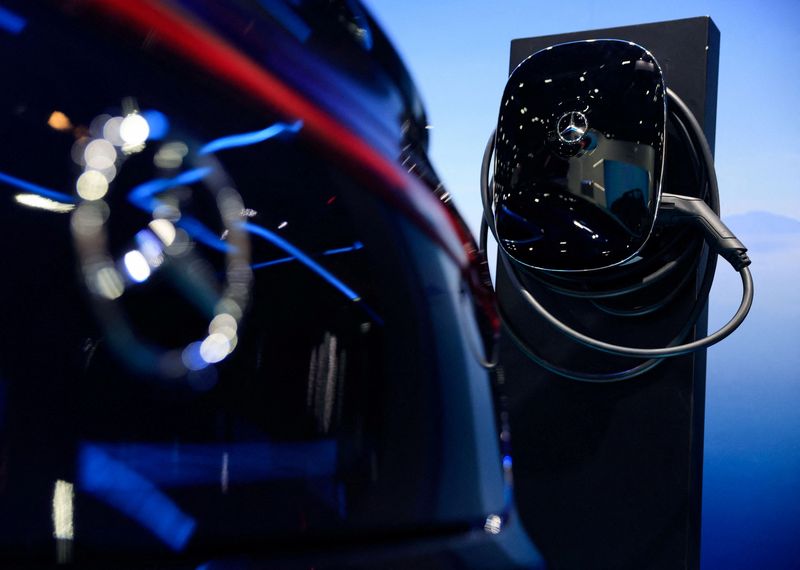 (Reuters) – Standard Lithium Ltd is trying to become the first new U.S. source of lithium for electric vehicle batteries in decades, a bullish target fueled in part by technical and engineering changes the company is making in response to accusations that its technology does not work.

Vancouver, British Columbia-based Standard is among a wave of companies, including mining major Rio Tinto (NYSE:) Ltd, trying to use direct lithium extraction (DLE) technologies https://www.reuters.com/business/sustainable-business/new-lithium-technology-can-help-world-go-green-if-it-works-2022-04-07 to supply the battery metal to the EV industry.

But no DLE technology has worked at commercial scale, and a prominent short seller https://www.reuters.com/business/energy/short-seller-alleges-standard-lithium-technology-does-not-work-2022-02-03 alleged in February that Standard’s plan to produce lithium in Arkansas was based on faulty processes. The allegation from Hindenburg Research set in motion a selling spree that wiped out more than $300 million from Standard Lithium’s market value. The stock has yet to recover.

Standard pushed back against Hindenburg’s claims and defended its lithium extraction technology, but it also made some changes.

In July, it hired two senior engineers to oversee project development. It is now updating its equipment with the help of top shareholder Koch Industries Inc and plans to bring in external engineering firms to design a lithium plant and finish a key report for investors.

“We’ve shifted gears,” Chief Executive Robert Mintak told Reuters. “We’ve been lean on purpose, but we now need to bring in the bandwidth with experience to build projects.”

Standard said in July it would hire that engineering firm “no later than August,” but as of early September it had still not announced one.

Four analysts recommend buying Standard’s stock and believe it should be trading at nearly twice current levels, according to Refinitiv Eikon data. This suggests Wall Street expects the company’s prospects to brighten in the wake of U.S. legislation https://www.reuters.com/markets/commodities/miners-face-supply-chain-overhaul-meet-us-ev-credit-deadline-2022-08-11 that links EV tax credits to domestic lithium production.

Lithium prices have skyrocketed this year due to surging demand from the auto sector. China remains the world’s largest lithium processor, though proposed rival projects in the United States and European Union have faced a range of setbacks. (Graphic: https://tmsnrt.rs/3ckscNn)

Standard plans to filter lithium from the brine wastewater of a Lanxess https://www.reuters.com/article/standard-lithium-lanxess-jointventure-idUKL2N1XK1XD AG bromine facility in Arkansas. That wastewater is currently reinjected into the Smackover Formation, a geologic formation which stretches from Florida to Texas. Standard hopes its plan could produce the battery metal with far fewer environmental impacts than traditional mining, if its technology can work at commercial scale.

Lanxess, which has an option to buy Standard lithium at a discount, launched an EV battery parts business last year. It said it expects the Arkansas project to produce lithium “in an environmentally friendly way,” but declined to comment on Standard’s technology.

Since the Hindenburg report, Standard has added brine filtration equipment from Koch to its Arkansas pilot plant and enlarged several tanks and other equipment.

Koch in July bought a separate DLE technology from Chemionex Inc, which is run by one of Standard’s scientific advisers. Koch is using the technology to build its own DLE business. In California’s Salton Sea, for example, privately held Controlled Thermal Resources Ltd has hired Koch to help it extract lithium from superhot brines https://www.reuters.com/business/sustainable-business/automakers-funding-new-tech-aimed-making-greener-lithium-evs-2021-10-07, moving away from technology developed by Bill Gates-backed Lilac Solutions Inc.

Standard is betting its location in an industrial-friendly community in Arkansas will help it avoid the court challenges faced by rival U.S. projects from Lithium Americas (NYSE:) https://www.reuters.com/business/environment/us-judge-rules-lithium-americas-may-excavate-nevada-mine-site-2021-07-24 Corp, Piedmont Lithium https://www.reuters.com/markets/commodities/piedmont-lithium-looks-abroad-amid-north-carolina-uncertainty-2022-06-22/?elqTrackId=DC25650210DC659F59D3BCAAAA5A2CA8&elqTrack=true Inc and others. The company also plans to use Lanxess’ extensive network of pipes, rail lines and other infrastructure.

“All of those aspects, none of our peers can point to. Most of them don’t even have a parking lot yet,” Mintak said. “We have the best shot of bringing online the first new lithium project in the United States” in decades.

Albemarle (NYSE:) Corp’s Silver Peak in Nevada was the last U.S. lithium mine to open, in 1966.

Mintak declined to be specific on timing, deferring that announcement to publication of the company’s definitive feasibility study, expected by year’s end. That report will also outline the cost projections for the project, as well as air and water permits. Mintak said the first phase should be producing about 10,000 tonnes of lithium annually. The existing pilot plant has an annual capacity of about 150 tonnes.

Standard has started preliminary work on a second DLE project on Arkansas land owned by Tetra Technologies (NYSE:) Inc. Tetra annually receives 400,000 shares in Standard and $1 million as part of its agreement with Tetra.

Standard has also started testing a new process to cut down on the number of steps needed to make a type of lithium for EV batteries and also sequester C02, though Mintak described those efforts as a second-tier focus for now.

The best cheap Sonos speaker and soundbar deals for September 2022