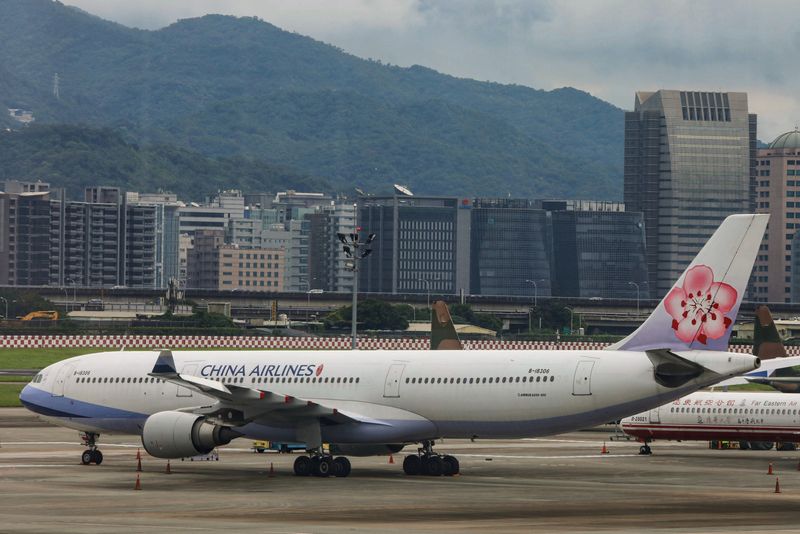 The politically sensitive deal worth $4.6 billion at list prices was announced by the government-backed carrier weeks after a visit to Taipei by U.S. House of Representatives Speaker Nancy Pelosi had angered Beijing and stoked Sino-U.S. trade tensions.

Boeing, which is trying to rebuild its business in China, was seen as the front-runner amid political issues surrounding the China-claimed, self-ruled island but had been at pains to avoid using her visit to actively lobby for a 787 deal, industry sources told Reuters earlier this month.

“Beijing has a long history of punishing Boeing and rewarding Airbus, and vice versa, for perceived political sins. These can be committed by either the companies themselves, or the countries in which they’re based,” said Isaac Stone Fish, founder of consulting firm Strategy Risks.

“For Boeing to sell planes to Taiwan, and just weeks after Speaker Pelosi’s trip to Taiwan drew a strong response from Beijing, definitely checks both those boxes,” Stone Fish added.

Boeing’s CEO said last month that 737 MAX deliveries to China remained blocked by COVID-19 and a “geopolitical overhang”, in a reference to simmering trade tensions between the world’s two biggest economies.

The order from Taiwan, however, is the latest sign of a long-awaited pickup in widebody demand and a boost for the U.S. planemaker weeks after it resumed deliveries of its premier long-haul model following a 15-month halt over production issues.

China Airlines said the 787s would allow it to phase out its fleet of 22 older A330s. The orders for the 787-9 version include options for eight more as well as conversion rights to the higher-capacity 787-10 model.

The carrier, one of the world’s biggest freight airlines, cited the 787’s cargo-carrying capacity as one of the reasons behind its selection in a contest that industry sources said pitted the 787 against the A330neo.

Deliveries of the 787s are expected to start in 2025, the airline said.

China Airlines, which has been profitable during much of the pandemic because of a shift to cargo services, is now gearing up for a rebound in passenger travel when Taiwan lifts quarantine rules for arrivals.