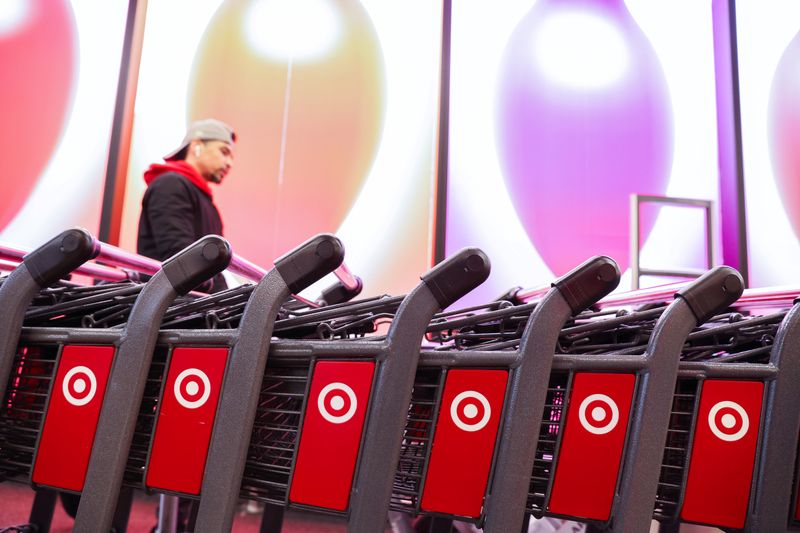 (Reuters) -Target Corp said on Thursday it plans to hire up to 100,000 seasonal workers for the holiday season and start offering festive deals earlier than previous years as it gears up for the critical shopping period amid a slowing economy.

Retailers, dealing with billions of dollars worth of unsold stock, have taken a more cautious view of this year’s holiday season as consumers facing decades-high inflation cut back on discretionary spending.

Analysts and companies predict another early start to the holiday season as inflation’s impact on American wallets means consumers will likely feel a sense of urgency to find discounts.

The retailer’s hiring plans dwarf rival Walmart (NYSE:) Inc, which is looking at adding 40,000 workers in seasonal and full-time roles having already hired 150,000 for the previous holiday season in mostly full-time positions.

The difference in the hiring outlooks between the retailers was down to Walmart compensating for over-hiring last year, that led to excess staffing issues which dampened its earnings in the first quarter, said Jane Hali, CEO of investment research firm Jane Hali & Associates.

Holiday retail sales are expected to rise between 4% and 6% year over year from November to January, compared to the 15.1% increase in the same period last year, according to Deloitte’s annual holiday retail forecast released on Sept. 13.

Profits of both Target and Walmart have already taken big hits this year as they were forced to ramp up discounts to clear excess inventory.

We’re in a golden age for skateboarding games

Best Social Skills Books for Kids, as Recommended by Teachers