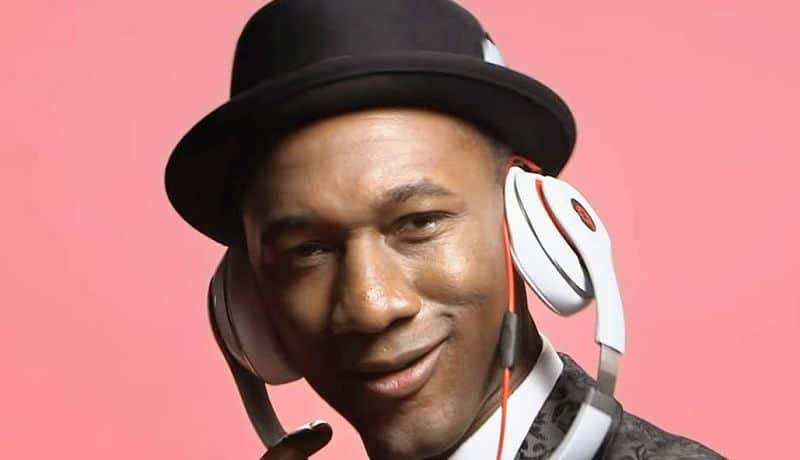 Aloe Blacc has been making music since 2003, first as one half of the hip hop duo Emanon and then as a solo artist. Over the years, he’s released several albums, EPs, and countless singles. His music spans soul, R&B, hip hop, and dance. His voice’s soulful nature and ability to write catchy hooks set him apart. He’s also a highly skilled rapper, evidenced by his work with Emanon. But what are Aloe Blacc’s greatest songs? Here, we count down the ten best songs by the talented artist.

This 2013 track, co-written and produced by Avicii, topped charts worldwide and remains one of Blacc’s best-known songs. It’s a sun-soaked, feel-good anthem that’s perfect for summertime listening. His smooth and effortless delivery makes it easy to see why this song was such a huge hit.

According to Song Meanings, this ballad inspired Blacc’s true life events. In this song, Aloe Blacc cannot believe what he has achieved in his musical career. He feels like it’s all a dream hence the lyrics, “Wake me up when it is all over.”

This track, released in 2018, is one of Blacc’s most soulful and passionate songs. It’s a perfect example of his ability to craft a catchy hook and deliver it passionately.

The lyrics are uplifting and empowering, making this an essential song for anyone who needs a little motivation in their life. This song is for you if you feel discouraged and lose faith due to challenges.

“You Make Me Smile” sounds like a soulful classical ballad. It was released in 2010 as part of Blacc’s second album, Good Things. The song is a love letter to his wife, Maya Jupiter, and it’s clear that she was the inspiration for its sweet and romantic lyrics.

It talks about how she stocks by his side even though things are not working out in his life. And everywhere he goes, people cannot help but wonder why he is always joyful.

This 2010 track was the theme song for the HBO show How to Make It in America. It perfectly captures the show’s themes of struggle and hustle, with Blacc’s smooth vocals telling the story of a man who is down on his luck and desperate for money.

The song became an instant hit. Even though it talks about a man in dire need of money, it is all about finding a helping hand.

Aloe Blacc is known for his encouraging message in his songs. “My Way” is no different as it is all about being yourself and not conforming to what others want you to be. The song’s lyrics revolve around hoping and believing in a better day regardless of the challenges faced in life.

According to Spin, Aloe Blacc hopes to encourage people to keep going and believing in themselves during the hard times.

” I DO” is a vibrant song about staying true to your partner, no matter what life throws your way. According to Shore Fire, Blacc dedicated this song to his beautiful wife, an Australian model Maya Jupiter. The lyrics in this song are quite romantic and reflect the musician’s profound love story with his wife.

He appreciates the fact that luck united them regardless of the distance. Apart from the well-executed lyrics, the piano in this ballad is top-notch. And the song is made even more memorable with Blacc’s gorgeous falsetto.

“Brooklyn In The Summer” shows the more fun side of Aloe Blacc. This track is one of Blacc’s more upbeat and fun songs. It was released in 2018 as part of his album; All Love Everything.

In the song, Aloe Blacc his past romantic memories with Brooklyn during the summer. Unlike his other hit songs, this ballad seems different in a refreshing way. It is more playful and will put a smile on your face.

“Love Is the Answer” is a song that most people can relate to. It sounds like an old-school ballad. However, the message in the song is still relevant today. With a world full of negativity and ill-intended comments on social media, this song is a much-needed reminder that love is the answer to all our problems.

It discourages cynicism and instead asks people to focus on the positive things in life. We all need this type of reminder once in a while, and this song delivers. The lyrics are very simple, but they hit home.

If you wonder which is Aloe Blacc’s most charming song, the answer is “Can You Do This.” This track was released in 2014 as part of his album Lift Your Spirit. One of his few songs will make you stand and dance.

The lyrics are about a guy who is head over heels in love with a girl who is trying to impress her. He does not have much money but is willing to do whatever it takes to make her happy.

Every great musician has that one son that introduced them to the world. For Aloe Blacc, that song is “The Man.” This track was released in 2014 as part of his album Lift Your Spirit. It is catchy, soulful, and empowering.

It is the perfect song to listen to when you need a boost. The lyrics are all about being proud of your accomplishments and not letting anyone bring you down. Blacc’s powerful vocals make this song even more impactful. You are missing out if you have not heard this song yet.