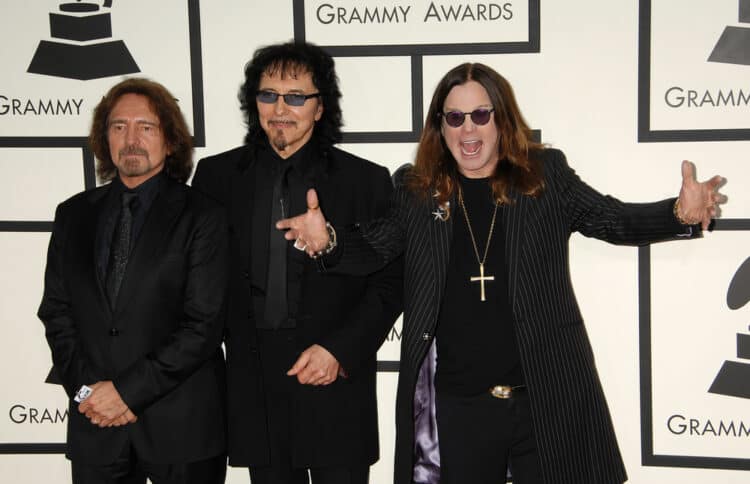 As Edwin Starr alludes in his 1970 hit single, “War”, nothing good comes out of war and political turmoil. In our latest top ten songs article, we take a look at ten of the best songs that have an anti-war theme in their composition and lyrics. With the recent invasions of Ukraine by Russian forces as well as other international conflicts that have been around, we have come up with a list that features the likes of Bob Dylan, Alice In Chains, and a song which was composed by John Lennon, but performed by Plastic Ono Band. Check out the top ten anti-war songs of all time.

Our top ten list of the greatest anti-war songs of all time kicks off with a 1971, Marvin Gaye classic. The song was inspired by incidents of police brutality in the eyes of Renaldo ‘Obie’ Benson who composed the song. The record is Marvin Gaye’s second most successful song under Motown Records. “What’s Going On” sold more that two million copies in the US and peaked at #2 on the US Billboard Hot 100.

Coming in at number nine is the opening song from Black Sabbath’s second studio album, Paranoid. The song was originally titled “Walpurgis” which translates to a Christmas for satanists. According to Geezer Butler, the big satan referred to war. The band however felt that “Walpurgis” was too satanic and hence they had to rename the song to “War Pigs.”

This song was composed for Dionne Warwick by Burt Bacharach and Hal David and the lyrics portrayed the thoughts of a woman who is worried about his husband’s involvement in the Vietnam War. The song was recorded in 1966 and was released the following year. The song peaked at #4 on the US Billboard Hot 100 and what magical voice Dionne Warwick blessed us with.

“Give Peace a Chance” was written by John Lennon and it was his first solo single which he released while still with The Beatles. After its release, the song quickly became an anthem for anti-war movements during the 70s. Ono Band released a second version of the song in 1991 as a response to the Gulf War which was imminent.

“Zombies” by The Cranberries was released in 1994 and if you are keen with song lyrics, you will realize just how deep the lyrics to this song are. When this classic was released back in 1994, the Northern Ireland Conflict had taken its toll on millions of people in Britain and Northern Ireland. This song was a direct response to bomb explosions in Warrington which led to the death of three year old Johnathan Ball and Tim Parry. The song topped the music charts of eight countries and even peaked at #1 on the US Billboard Hot 100.

Coming in at number five is “Peter Gabriel’s “Games Without Frontiers,” a classic released in 1980. The song features backing vocals from Kate Bush and its lyrics interpret war and diplomacy in a manner that school children can understand. The song was Peter Gabriel’s first to hit the top ten in the UK, peaking at #4.

Most people who have heard this song agree that it has one of the best intros you will ever hear in a song. If you are also wondering who did the iconic background vocals in the masterpiece, we got you. Despite the success of this song, Merry Clayton, who did the background vocals of this song chose to remain largely anonymous. The song not only covers the theme of war, but also other vices that come with it such as fear, rape and murder.

Coming in at number three is Bob Dylan’s protest against the building of Cold War nuclear arms during the 60s. The song is contained in his second studio album, The Freewheelin’ Bob Dylan. The song was first released in 1963 for Bradside Magazine who published its lyrics in their February 1963 issue. More than 50 years on from its release, the song is still relatable.

Narrowly missing out on top spot is a tribute by Alice in Chains’ Jerry Cantrell to his dad who was a veteran in the Vietnam war. The song was one of their more defining hits and according to many fans, it showed a darker side of the group. According to Cantrell, his father’s experiences in the war changed him and it had a negative effect on the family and they had to move out of their family home to live with their grandmother in Washington. “Rooster” spent 20 weeks on the Billboard Mainstream Rock Tracks and was ranked #91 by VH1 on their “America’s Hard 100” list in 2013.

Coming in at number one is Edwin Starr’s “War”. Not only did this Edwin Starr song put out a powerful message in the song, but it was also a great hit. The track hit the top of the US Billboard 100 chart and it deservedly won a Grammy Award for Best Male R&B Vocal Perfomance.