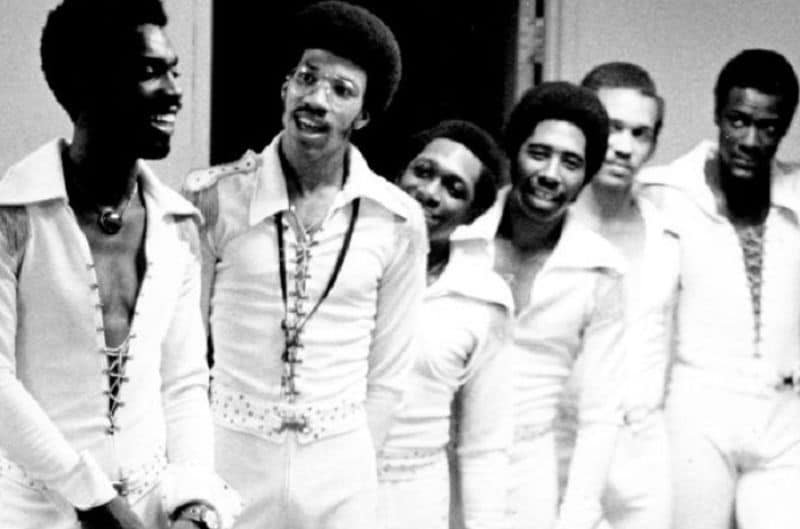 The Commodores are one of those bands that started up decades ago but are still going in modern times. However, they have seen enormous changes in their lineup, so much so that William King is the sole founding member who is still involved.

For those curious, the Commodores came into existence when a couple of student groups called the Mystics and the Jays came together at Tuskegee University. The result was a six-man group in need of a new name. King resolved the problem by picking a random word out of a dictionary.

Subsequently, the group worked their way up bit by bit, which made them known enough to sign with Motown Records in November of 1972. On the whole, the Commodores are best known for the late 1970s and early 1980s when Lionel Richie was one of their co-lead vocalists. Even so, the Commodores made music before that period and continued making music after that period.

Here are 10 of the best Commodores songs ever released:

“Machine Gun” is unusual in that it has no vocals. Instead, the song is pure instrumentation. Despite this, “Machine Gun” is one of the Commodores’ most famous songs, not least because it was their debut single from their debut album of the same name. Interested individuals should know that choice is no coincidence because this song is more than capable of living up to its hype.

“Nightshift” is another title track. In its case, it came out in 1985 rather than in 1974. As such, “Night Shift” is a post-Lionel Richie song that nonetheless managed to become a Top 10 hit in the United States and a considerable number of other countries. The song itself is very much on the softer side of things, which makes sense because it is a tribute to Marvin Gaye and Jackie Wilson. Indeed, it seems safe to say that the relatability of its emotions played a key role in its popularity.

There aren’t a lot of singers who can compete with Lionel Richie when it comes to songs about either love or love-related topics. The man’s smooth, skillful vocals are just perfect for such works, with “Oh No” being an excellent example. With that said, this song is pure heartache because the narrator loves someone who loves someone else.

Reputedly, Lionel Richie wrote “Three Times a Lady” because his father toasted his mother at their 37th anniversary. That made him realize that he hadn’t taken the time to show his appreciation to his wife, which is why he decided to write a song about exactly that. Initially, Richie wanted to pitch the song to Frank Sinatra through producer James Carmichael.

Instead, Carmichael talked him into giving the song to the Commodores. Subsequently, “Three Times a Lady” proved to be a huge hit, becoming a Top 10 hit in the United States but a number-one hit in Australia, Canada, Ireland, and the United Kingdom. It also did quite well in New Zealand, though it peaked there at the number 2 position rather than the number 1 position.

Language changes with remarkable speed. For instance, consider the song “Brick House,” which came out in 1977. The lyrics show clear appreciation for a very curvy woman. However, the term isn’t always positive in modern times. Some people continue to use it with its original meaning. Others use it in a much less flattering fashion, particularly when “brick house” is changed to either “brick outhouse” or some variation on that. Regardless, the song itself has managed to stand the test of time very well.

“Sail On” was the lead single for Midnight Magic in 1979. Curiously, it opened with some blues and country-influenced sound before continuing to something more pop and R&B, thus showcasing the group’s versatility to excellent effect.

Lyrics-wise, “Sail On” is about an individual who has decided to end a relationship because he is too exhausted to continue trying to make it work. One can make a good argument that this is a more mature way to handle such a scenario. Certainly, letting go is healthier than desperately clinging to a dying relationship until the bitter end.

“Still” was another song on Midnight Magic. Its release as a single met with tremendous enthusiasm, so much so that it became the Commodores’ last number-one hit in the United States before Lionel Richie left the group to pursue a solo career. “Still” is similar to “Sail On” in that the narrator is also at the end of a relationship.

The difference is that this narrator still holds fond feelings for his ex. Something that isn’t true for his counterpart, who is too worn out for such sentiments. Such poignancy makes for a surprisingly romantic song.

Moving on, “Flying High” is a much happier song than either “Still” or “Sail On.” That is because its narrator is in the middle of a relationship. Moreover, the lyrics make it clear the relationship is a healthy one, seeing as how he feels happy and lifted up by the experience.

“Lady (You Bring Me Up)” plays with some of the same ideas as “Flying High.” Once again, the narrator is in the middle of a relationship. However, he makes it that he was once in very bad circumstances. What changed his life was a woman who helped him through his darkest moments, meaning the song is another celebration of the uplifting effects of love. Of course, “Lady (You Bring Me Up)” is even better by being an upbeat and up-tempo song that is sure to get the listener moving on their feet.

“Easy” was meant as a crossover hit on the Commodores’ fifth studio album. It succeeded in achieving its goal, as shown by how it reached the number 4 position on the Billboard Hot 100. Moreover, it proved that its kind of song could work for the Commodores, meaning it paved the way for other ballads penned by Lionel Richie. In other words, songs such as “Still” might not have been possible without the success of “Easy” in 1977.

The tech industry’s moment of reckoning: layoffs and hiring freezes

The 10 Best Hank Williams Jr. Songs of All Time