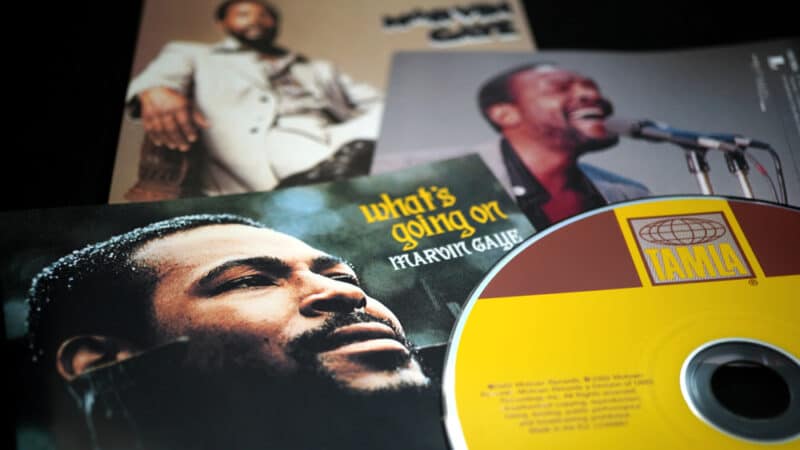 The music scene in the 80s was very different than it is today. There were no digital downloads or streaming services, so the only way to listen to music was through the radio or by buying records. And this made the Billboard charts very important, as they were the best way to see what songs were popular at the time. And in 1982, a lot of hit songs were released. This post explores the ten best hit songs of that year based on the Billboard charts.

“Abracadabra” was one of the catchiest songs of the ’80s. Written by Steve Miller, the song went on to top the charts for two consecutive weeks. According to YahooEntertainment, the song was not only popular in the US. It resonated with fans across the globe, including Canada, Australia, Sweden, and Switzerland. Miller’s inspiration for this song came from an encounter with Diana Ross, who he admired greatly.

This song was written specifically for Rocky III and won a Grammy Award for Best Rock Performance by a Duo or Group with Vocal. It peaked at #1 on the Billboard Hot 100 chart and became one of the most iconic songs of the 1980s. The song’s lyrics revolve around overcoming challenges and the will to survive. It was an uplifting ballad with a melodic chorus that stayed with listeners long after the song was over.

8. “Ebony and Ivory” by Paul McCartney and Stevie Wonder

Paul McCartney and Stevie Wonder are two undisputed legends of the music industry, and they came together to create this classic song in 1982. The song is about racial harmony and how we should all be treated equally, regardless of skin color. It was a tremendously relevant message in the early 1980s and still resonates today. The song peaked at #1 on the Billboard Hot 100 chart and won a Grammy Award for Best Pop Vocal Performance by a Duo or Group.

7. “I Love Rock ‘n’ Roll” by Joan Jett and the Blackhearts

“I Love Rock ‘n’ Roll” was initially released in 1975 by the Arrows. However, the chart-topping rendition by Joan Jett and the Blackhearts was released in 1981. It was well received such that it was featured in The Happiest Days of Your Life movie trailer in 1981. And it also peaked at number 1 on the US Billboard Hot 100. This song is the perfect anthem for anyone who loves rock music. Contestants in popular music shows such as The Voice and American Idols love to audition with this song. And that is why it has become a timeless classic.

“Don’t Talk to Strangers” was an intriguing song that quickly became a fan’s favourite in 1982. It tells a story of a young girl who never learned to be wary of strangers and the danger of talking to them. The lady is his girlfriend, but rumor has it that she is entertaining another gentleman. In the lyrics, he begs her to stop talking to strangers in the big city. According to MusicChartArchives, the song picked at number 2 on the Billboard Hot 100 chart and remained there for four weeks.

Marvin Gaye was one of the most successful Motown artists of all time, and he continued his hot streak with this song in 1982. “Sexual Healing” is a sensual ballad discussing lovemaking’s healing power. It was one of the first songs to talk about sex positively openly, and it helped break the stigma surrounding this topic. Marvin Gaye released this song right after ending his contractual obligations with Motown. According to SmoothRadio, this ballad is undoubtedly one of his beloved works of all times.

“Jack & Diane” is the song that showcases the storytelling prowess of singer-songwriter John Mellencamp. It is about two young lovers from the Midwest trying to make their way into the world. The song is full of small-town imagery and references to American pop culture. Jack wants to be a football star in the story, and Diane wants to be beside him. The song’s chorus has a catchy phrase that has become iconic “Oh yeah, life goes on, long after the thrill of living is gone.” The song peaked at number 1 on the Billboard Hot 100 chart and remained one of Mellencamp’s most popular songs.

Steve Kipner and Terry Shaddick wrote “Physical” intending to give it to Tina Turner. However, Turner didn’t think it suited her style, and she passed on it. The song was then offered to Olivia Newton-John, who recorded and released it in 1981. And the result was a massive hit. “Physical” became one of the best-selling singles of all time, and it spent ten weeks at number 1 on the Billboard Hot 100 chart. The song is about the power of love and how it can make you feel physically alive. The suggestive lyrics caused controversy when the song was first released, adding to its appeal.

2.”Start Me Up” by The Rolling Stones

Rolling Stones is arguably one of the most talented rock bands of all time, and “Start Me Up” is one of their most iconic songs. The band first recorded it in 1977, but they didn’t like the result. They tried a reggae rendition. But unfortunately, they were not satisfied and decided to put it on hold. In 1982, they remastered it, and the ballad took off instantly. It reached #7 on the Billboard Hot 100 chart in the UK and peaked at #2 in the US. The hit single has since been used in countless commercials, movies, TV shows, and video games. And it remains their last song to reach the top 10 of the Billboard Hot 100 chart.

The Huma League were an English synth-pop band who rose to fame in the early 1980s with their hit single “Don’t You Want Me.” The song was written by band member Phil Oakey and was inspired by a photo story he read in a popular magazine. Although the band’s female vocalists had only played supporting roles in the group, Oakey asked Susan Ann Sulley to take a leading role in the duet. The outcome was fantastic, and “Don’t You Want Me” became one of the most iconic songs of the 1980s. It peaked at number 1 on the Billboard Hot 100 chart in the US and reached the top in the UK singles chart. The song is about a man trying to woo a woman who seems uninterested.

As we come to the end of our look back at the ten best hit songs of 1982, it’s hard not to feel nostalgic. While music tastes have changed over the years, there’s something special about these classics that keep us coming back for more. Don’t hesitate to add these ballads to your playlist. And enjoy them while reminiscing about all the good times.

The Mastery of Music in Film: Quentin Tarantino

Ranking All the Songs from the Disturbia Soundtrack