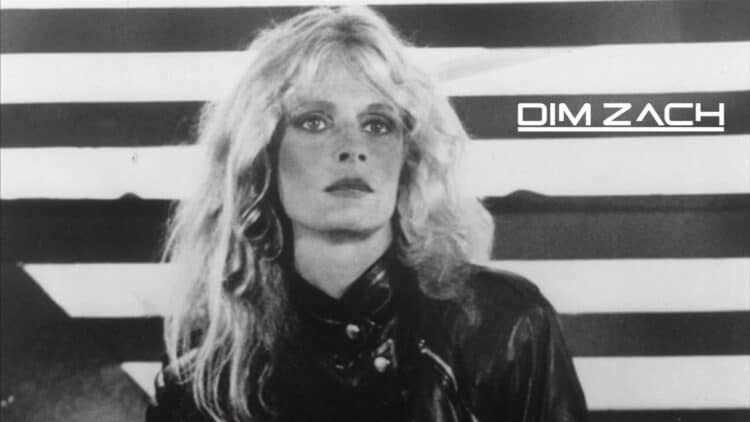 Do you remember the famous Waters sisters? If so, you must be familiar with Kim Carnes, a background singer in local clubs. She went solo in the 1960s, marking her journey to stardom. The Los Angeles, California-born and raised singer has performed and written various songs. Her most significant breakthrough came in 1980 when she co-wrote songs with Kenny Rogers, the famous one being “Don’t Fall in Love with a Dreamer.” Here are the 10 ten best Kim Carnes songs you should know about.

According to Billboard, “What About Me” is a song performed as a trio by Carnes, Kenny Rogers & James Ingram, released in 1984. The song charted at number 1 on Billboard Top 100 songs the same year for 19 weeks. In an interview, Rogers revealed that it was a romantic song. Ideally, Lionel Richie and Barbara Streisand were to perform it, but the duo later backed out. It doesn’t surprise that Rogers chose Carnes to sing the female parts, and she gave it her best.

“You’re a Part of Me” is Carnss’ first single in her album with the same title. Kim Carnes herself wrote the 30.10-minute country song. The love song centers around a girl confessing her undying love for a lover. She talks about the lover being a part of her and loves him just the way she is. We believe that the guitar chords did the song great justice, helping her prove that she’s a great singer.

In 1971, Carnes performed and released “Sweet Love Song to My Soul” for her Kim Carnes at Her Best album. According to Return of Rock, the song was written by Daniel Moore. For Carnes, the 1960s and 1970s were her best years, and she gave it her all on this song through a beautiful voice. The variations and sound lyrics also did the mild rock song justice, making it one of her most-talked-about songs since she entered the music industry.

If you haven’t bought Carnes’ Chasin’ Wild Trains album, you don’t know what you’re missing. It’s her 13th studio album and has 12 songs, with “Too Far Gone” being her 11th song. She confesses that her friends and collaborators inspired most songs in the album, including Kim Richey. Upon listening to the lyrics, you can notice her complacency on love matters. So, she bids her lover goodbye because there is nothing more to say after hurting her multiple times.

According to Classic Rock History, “Does It Make You Remember?” is one of Carnes’ greatest rock and roll ballads, released in 1982. She included it in her Voyeur album with Dave Ellingson as the composer. The second single from the album ranked at number 39 on the US Billboard Hot 100, thanks to a special appearance of Waddy Wachtel as the solo guitarist.

Another excellent song by Kim Carnes is “Invisible Hands” from the album, Voyeur. The rock and roll ballad also attracted special appearances from David Paich and Steve Lukather. Released in 1982, the song peaked at 40 on the US Billboard Hot 100. The hidden meaning of the lyrics, powerful vocals, and beautiful guitar chords are enough to make you rewind the song repeatedly.

“You Make My Heart Beat Faster (And That’s All That Matters) is another magnificent song from Kim Carnes, released in 1984. It’s the third single from her album, Café Racers. The singer composed it alongside Brian Fairweather and Dave Ellingson, helping its peak at 44 on the US Billboard Hot 100. Whether you’ve just met your lover or need to listen to music with fun and upbeat rhythms, this song will do them justice.

We’ve all been crazy in love at one point in our lives, and it’s only fair that we’d want to listen to a song echoing this concept. “Crazy in Love” is one of the songs you’d love if you were in this situation. It was released in 1988 for her View from the House album. It doesn’t surprise that the US Billboard Adult Contemporary Charts and US Billboard Country Music Charts would rank it 13th and 68th, respectively.

Kim Carnes released “Draw of the Cards” for her album, Mistaken Identity, in 1981. From Carnes’ sweet vocals to the video, the song will send your adrenaline kicking. The song was the second single that peaked at 28 on the US Billboard Hot 100. New Zealand Charts also ranked it number 12 while the UK placed it at 49.

Have you ever been in a romantic relationship with someone whose dreams don’t match yours? Such relationships hardly work, and the only thing left is for the ambitious lover to walk out. “Don’t Fall in Love with a Dreamer” is one of those romantic songs you’d like to hear if you’re in this situation. Carnes co-wrote it alongside Kenny Rogers and released it in 1980 for his album called Gideon. We ranked this song first for two reasons: two talented musicians joined hands to write it. Also, it peaked at four on the US Billboard Hot 100.

Our ten awesome songs from Kim Carnes explore her best during her long musical career. It’s hard to imagine that the 76-year-old rock and country music star started singing and writing songs in the ’60s before getting her most significant break ten years later. One of the songs that spearheaded her success is at the top of this list. Since then, Carnes has released multiple hits through 13 studio albums and around 50 singles.

Euro rises with focus on ECB, dollar retreats By Reuters

The 10 Best Songs from The Young Guns Soundtracks