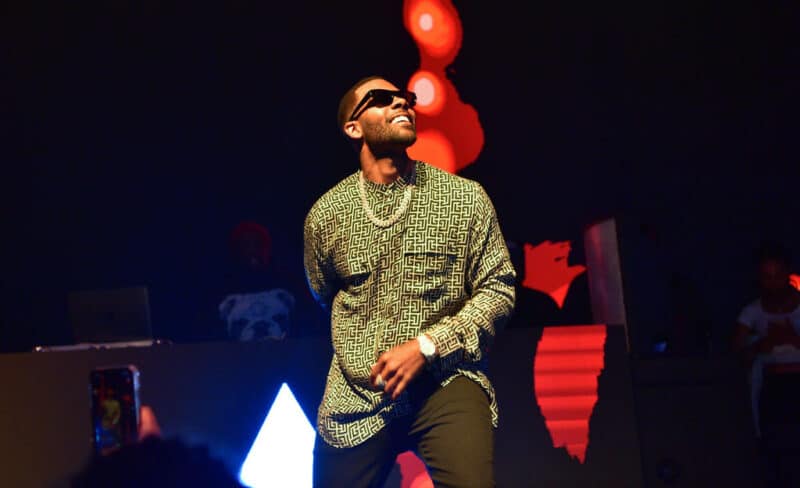 Mario, born Mario Dewar Barrett, is an American R&B songwriter and singer. According to Biographymask, the artist was born in Baltimore. At 14, he signed a recording deal with J. Records, where he recorded his debut album, released in 2002. This album included songs like Just a Friend 2002. He has since recorded many other songs that have greatly succeeded in his musical career.

Besides his music career, Mario Barrett has appeared on different T.V. shows and films, including Step Up. In 2019, Mario starred in live T.V. production of the musical Rent. Having understood one thing or two about this singer, we wish to explore the ten best Mario Barrett songs of all time below.

Let Me Love You by Mario was released as a single on October 4th, 2004. The single was featured in Mario’s second studio album, Turning Point. According to Capitalxtra, the track was written by Scott Storch, Ne-Yo, and Kameron Houff. A remix version also features some verses from T.I. and Jadakiss. This rack earned Mario a Grammy Award after being nominated for Best R&B Vocal Performance in 2006. It later became a top-10 hit across the world.

Mario recorded this track and released it as a single from his third studio album, Go. The single was released on May 15th, 2007, and produced by a Norwegian production team called Stargate. Mario met the producers when he was touring overseas.

This track ranked at position 91 on the Billboard Hot 100. The track also became the last song that made it into the charts in the United Kingdom. Mario says the song is about being vulnerable and understanding that you have already lost something so dear to your life.

Just a Friend 2002 is a song by Mario. It was written by Warryn Campbell, John Smith, Biz Markie, and Harold Lilly. This track is a basic cover of Markie’s hit dubbed Just a Fiend.

7. Crying Out For Me

Crying Out for Me by Mario is another R&B song featured in the singer’s third studio album, Go. The song was released in 2007. It was written by Jasper Cameron and Amber Rives and produced by Polow da Don.

The peak position for this song on the Billboard Hot 100 was position 33. It retained this position for one week. This is a smooth track talking of a woman being done wrong in her relationship. Mario sings to her that he can hear her heart crying out for him.

Music for Love is a track from Mario’s third studio album, Go. This track was released on December 11th, 2007, as the third official single under that album. The song was written by Timothy Thomas, Mario, Theron Thomas, and Jerrod Stacy. It first appeared on the Billboard Charts of Hot R&B/Hip-Hop songs at position 100. The song, however, lacks a music video.

This is the first single from Mario Barrett’s fourth album, DN.A. The song was co-written by Sean Garrett and Gucci Manne. According to Mario, this song is a club record, and every man has ever experienced the situation that this track addresses.

The song is like, why would you demand a break up with me when you will experience the same with the next man? He argues that there is no need for breakups. Many unofficial remixes have been made, including one done with Bow Wow.

This is another song by the American singer that was released as the third single in his second studio album called Turning Point. This track was produced by Ron Feemster and Drama Family and released on June 2005. It debuted on the singles charts at position 11 in the U.K. The track also got to the top 20s in Ireland and Australia. Several remix versions have been done, including the ones produced by Mauve and Blacksmith.

This is an R&B song by Mario. It is the second single in Mario’s second debut album, Turning Point. The track was written by The Underdogs, Antonio Dixon, J. Valentine, and Eric Dawkins. After being released on March 15th, 2005, this single got to position 52 on the Billboard Hot 100. According to the lyrics, Mario is lamenting over Love.

This is another R&B song from the American songwriter. It features some vocals from rapper Nicki Minaj. The track was released in the U.S. as a digital download on May 21st, 2013. This track was initially intended to be a lead single for Mario’s fifth album.

Listening to the record, you will realize that it heavily samples the “Remember the Rain” song. This song is an upbeat tempo tune with thumbing percussion and hip-hop influences. The vocals of the song are also top-notch.

Closing our list of the best Mario Barrett songs is “Drowning” by the American singer. This song was released alongside the music video on July 20th, 2018. It was released through Mario’s own label New Citizen. This track is the leading single in Mario’s fifth studio album, Dancing Shadows. It was produced and written by Mario, Daelcom Holland, and xSDTRK.

Extra songwriting credits have been directed to Jake Gosling and Milton Adams II. The song garnered positive reviews from critics. People praised the track’s production and the vocal delivery Mario gave it.

Mario is a successful American R&B singer, as seen in some of his works above. He has been nominated for different music awards, including the Grammy. If you are an R&B fan, you should consider adding the above tracks to your playlist.