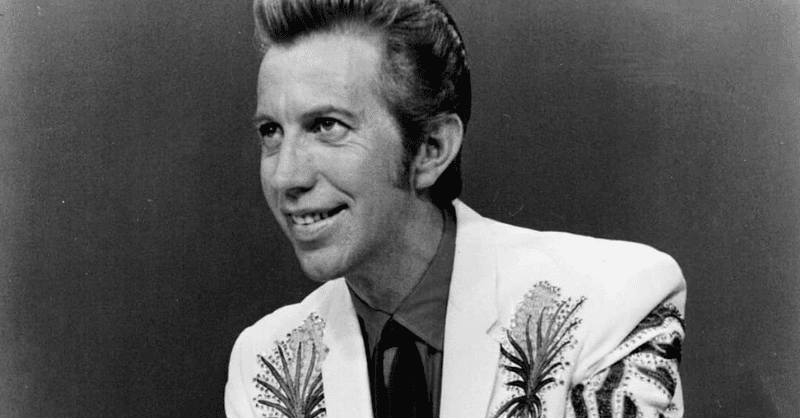 Porter Wagoner was born in West Plains, Missouri, on August 12, 1927. He is mostly popular for his country music and has been a major influence in the genre. Wagoner was inducted into the Country Music Hall of Fame in 2002. Wagoner began his musical career in the 1940s, playing guitar and singing with local bands.

He soon found success as a solo artist; by the 1950s, he was touring nationally. His popular country music TV show, The Porter Wagoner Show, ran from 1960 to 1981. Wagoner continued to record and perform until he died in 2007. If you’re a fan of country music, then you’re sure to enjoy these 10 best Porter Wagoner songs of all time.

It is a song about a man trying to forget a lost love. He turns to alcohol to help him forget, but it only makes him feel worse. According to Theboot, this song was released in 1964 as a country single. When Porter Wagoner sings Sorrow on the Rocks, you can feel the pain and regret in his voice.

The song ‘The Rubber Room’ was released in 1971 and was written by Porter Wagoner. The song is about a man committed to a mental institution and trying to convince the doctors that he’s not insane. The man in the song is delusional, as he talks about how he’s the king of France and how he will be released from the rubber room soon.

He also talks about how everyone is out to get him and plotting against him. Despite all this, the man believes he’s not crazy and will be released soon. The song is a great example of Porter Wagoner’s dark humor and ability to write about real-life problems in a humorous way. It’s also a great example of his songwriting ability, as the song is both catchy and clever.

This is Wagoner’s signature song that was written by Claude Putman Jr. and recorded by Jerry Lee Lewis in 1965. Wagoner’s version, which he released in 1966, became a massive hit, reaching the No. 4 spot on the country charts and crossing over to the pop charts, where it peaked at No. 28. The song tells the story of a man on his death bed, dreaming of his hometown and the girl he left behind.

If there’s one thing that Porter Wagoner was good at, it was writing songs that told stories. And “A Satisfied Mind” is one of the best examples. The song is about a man who has everything he could ever want but is still unhappy. He’s realized that money can’t buy happiness, and he’s come to the conclusion that the only thing that can truly make him happy is having a satisfied mind.

6. Just Between You and Me

This song was released in 1968 and was co-written by Porter Wagoner and Dolly Parton. The song is about a man confessing his love for a woman he knows is already in a relationship. The song peaked at number two on the country charts and was certified Gold by the RIAA. It is one of Porter Wagoner’s most well-known songs, making him a household name.

A well-known songwriter once said that writing a country song is easy – all you have to do is find a hurtin’, cryin’ or dyin’ man and put a guitar in his hand. That’s certainly the case with “Misery Loves Company,” a famous song by Porter Wagoner. The song is about a man wallowing in his misery, and it’s easy to see why.

He’s been jilted by his woman, drinking to forget. But even though he’s down, he’s not out. He’s still got his guitar, and he’s going to use it to sing his blues away.

Porter Wagoner was known for his country music, and “Skid Row Joe” is one of his best-known songs. The song is about a man down on his luck and living on the streets.

Despite his situation, he still has hope and can find joy in life. Being able to relate to the common man made Porter Wagoner so popular, and “Skid Row Joe” is a perfect example. You can’t help but root for this song’s character, making it one of Porter Wagoner’s best.

The song ‘The Carroll County Accident’ is a classic example of Porter Wagoner’s story-telling abilities. This song tells the tale of two lovers who die in a car accident. The song is tragic and beautiful, showcasing Porter Wagoner’s talent for creating catchy melodies.

According to Wikipedia, it was originally released in 1968 and quickly became a hit, reaching number one on the country charts. Many artists have covered the song over the years, including Dolly Parton, who recorded a duet with Porter Wagoner in 1970.

Sometimes called the “hillbilly Shakespeare,” Porter Wagoner was a master of country storytelling. And there’s no better example of his narrative skills than “Uncle Pen,” which tells the tale of a Kentucky fiddle player who comes to live with his nephew after the death of his wife.

Over the course of the song, we learn about Uncle Pen’s life and times and how his music brings joy to those around him. It’s a touching story, made all the more poignant by Wagoner’s warm delivery.

It is a song that every woman can relate to, and it is a song that every man should live by. The lyrics are simple yet so powerful. They speak to the strength and character of a man and what it takes to be a good man. This is one of Porter Wagoner’s most iconic songs and will always be remembered.

This ballad is a must-have for any country music fan. It was nominated for a Grammy award and charted at number two on the Billboard country charts.

How long will it take to know who won in U.S. midterm elections? By Reuters

The 10 Best Songs from The Five Feet Apart Soundtrack