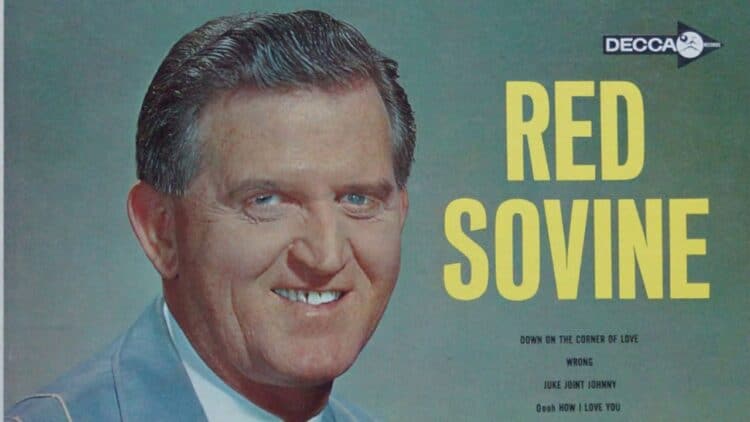 Red Sovine, whose real name was Woodrow Wilson Sovine was an American country music singer and songwriter. He is best known for his truck driver songs and wrote and recorded ballads and gospel music. Sovine became one of the most popular country music singers of the 1950s and 1960s. His genre of music was country and western. Sovine was born in 1917 and died in 1980, and his works remain popular today. Here are the ten best Red Sovine songs of all time:

Little Rosa is a song about a father mourning the death of his little girl, whose name is Rosa. He is in deep grief and regrets not spending more time with her when she is alive. He remembers how he used to come home from work, and his daughter would run, meeting him in the doorway with her arms spread. This song describes the pain of losing a child and a father’s deep love for his daughter. This was one of the top songs from the album Teddy Bear. Many artists have covered this song, including Hank Snow, Johnny Cash, and Loretta Lynn.

Released in the1967, Phantom 309 is a song about a man who had walked miles on the road until he got exhausted. Luckily, he got a lift from a cab owned by a big man whose name was joe. Upon greeting him, Big joe informs him that the name of his rig is Phantom 309. He explains that he gave it that name because of its efficiency on the road. According to Music Apple, this song has a deep message that even though something may look like it is going to be bad, it could turn out to be good in the end. This was one of Sovine’s most popular songs. It did well, reaching number fifteen on the Billboard country charts.

8. Tears Broke Out on Me

This song is about a man who has lost the love of his life. He is struggling to deal with the pain and grief of her loss. The song talks about how he remembers all the happy moments they shared and how those memories are now causing him pain. He tries to hold back his tears, but they keep spilling out. The song is a reminder that even though someone may be gone, they are never forgotten. This song was released in 1962 and reached number ten on the country charts. It was the lead single in the album Greatest Country Hits of 1962.

Giddy-Up-Go is a song about a man who has spent years on the road as a driver and is proud of it. He talks about how he has seen all the sights and how there is no place like home. He is ready to retire and settle down with the love of his life. This song was released in 1976 and was the lead single in the album The Best of Red Sovine. The song peaked at number seventeen on the country charts.

This song is about a man convincing his neighbor that he has not been stealing his fruit as it was offered to him. The message here is clear, and it is about a man who has a cheating wife and is accusing the other man of being with her. This song was released in 1967 and peaked at number nineteen on the country charts. It has been covered by numerous artists, including Johnny Cash and Hank Williams Jr.

This song is about a man coming home from the war and eager to see his family again. On his way home, he meets a young girl by the name of Mary who requests him to take her home. He obliges and takes the scared little girl to her home. Her mother appreciates his kind deeds and proceeds on his way home. Years later, he learns about her demise and feels remorseful upon remembering the kind, innocent girl he took home. According to Open Spotify, the message in the song is about how we should appreciate the innocent lives lost during the war. The song was released in 1965 and peaked at number thirteen on the country charts.

This song is about a man who sends roses to his mother on her birthday. He talks about how she has always been there for him and how much he loves her. He currently lives with his grandmother but cannot forget about his mother’s big day. This song was a major hit during its release and reached number two on the country charts. It was released in 1963 as a top single in the album Roses for Mama.

This song is about a group of soldiers playing cards to pass the time. They talk about how their loved ones back home are doing and how much they miss them. The song reminds the soldiers fighting in the Vietnam War and how they missed their loved ones back home. According to Oldies, this song was released in 1959 and peaked at number eight on the country charts. It was the lead single in the album Vietnam Deck of Cards.

Released in 1963, Hello Fool is a song about a man trying to win back the love of his life. He talks about how he was a fool to let her go and now regrets his decision. He begs for her forgiveness and asks her to come back to him. The song was a major hit during its release and peaked at number two on the country charts. It was the lead single in the album Hello Fool.

1. The Gear Jammer and the Hobo

This song is about two men living on the road and having the time of their lives. They discuss how they don’t have to worry about bills or responsibilities. The song is a reminder to live life to the fullest and enjoy the moment. This song was released in 1953 and peaked at number four on the country charts. It was the lead single in The Gear Jammer and the Hobo album.

The 10 Best alt-J Songs of All-Time