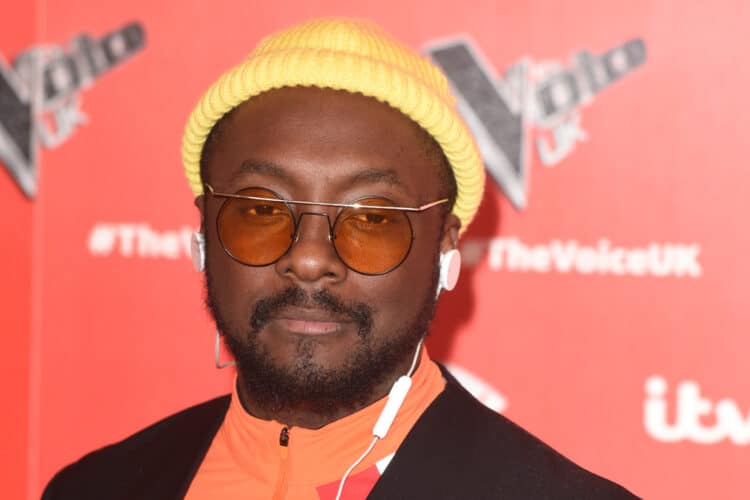 William James Adam, professionally known Will.i.am, has amassed seven Grammy awards and is undoubtedly one of the finest pop rappers from Los Angeles, California. Going by his professional name, you can tell that he is a fan of punctuation. He rose to fame in the early 2000s, being the founder and lead singer for the group, Black Eyed Peas which enjoyed success throughout the early 2000s until 2011 when the group went on a hiatus. As a solo artist, Will.i.am has released four albums, the latest being #willpower (2013). Like many artists before him, Will.i.am has been able to successfully from the music industry to film production. Being raised by a single mother in a predominant Mexican neighborhood, he has worked so hard to reach the pinnacle of the music game. On 28th August 2012, Will.i.am became the first artist to have his song streamed from another planet, after his song “Reaching for the Stars” was broadcast from Mars after the landing of the Curiosity Rover spacecraft. Although Will.i.am released some great songs with Black Eyed Peas, we have only included songs that he did alone or with other artists other than Black Eyed Peas. Here are the top ten Will.i.am songs of all time.

Coming in at number ten is a song straight off the movie, Madagascar: Escape 2 Africa soundtrack. The song has a catchy beat that many people jammed to when the song was released. The movie’s soundtrack which saw Will.i.am team up with Hans Zimmer is without a doubt one of the greatest modern day animation songs that you will come across.

The number nine song on our list of the top ten Will.i.am songs is a collaboration that features pop queen Britney Spears. The song, which is contained on Will.i.am’s fourth studio album, #willpower has often been referred to as a dark club track. The song’s lyrics talk about having fun during a night out. The song peaked at #3 on the US Billboard Hot 100 and was the first number one song on the Dance/Electronic Chart which was new at the time.

Coming in at number eight is a song whose vocals were inspired by Louis Armstrong. The song, which was released in 2013, also features guest vocals from Shelby Spalione. The song is a modern classic with an addictive tune that fuses jazz instrumentals with pop elements. Despite allegations that the song contains some unauthorized samples, it is still one of Will.i.am’s greatest songs ever.

7. Reach for the Stars

The number seven song on our list of the top ten will.i.am songs is a song that was written specifically for Curiosity Rover’s landing on Mars. The song was part of NASA’s educational outreach and was released to encourage youth to study science, a field which Will.i.am himself has a lot of passion for.

When Priyanka Chopra decided to venture into music, it is fitting that she decided to feature Will.i.am in her debut single, “In My City.” The song features additional vocals from Esther Dean who was also involved in the song writing process. The song was inspired by Priyanka Chopras nomadic childhood and his journey to superstardom. Despite mixed reviews from critics, Priyanka Chopra’s vocals standout and its no wonder the song was certified triple platinum in India.

In this track, Will.i.am teams up with Justin Bieber in a club-oriented banger that is one of the most underrated songs on will.i.am’s catalogue. The song has an incredible video that was recorded during the Brit Awards in 2013. The futuristic video features a magical car which was part of Will.i.am’s vision of inspiring kids to take a keen interest in maths and science.

Coming in at number four is a song that samples Kylie Minogue and Fernando Garibay’s song, “Break This Heartbreak.” The song, which features Pia Mia, was the lead single to Will.i.am’s fifth studio album, Songs About Partying. Compared to most of his other songs, “Boys and Girls” is so underrated.

Coming in at number three is an auto-tune filled song which was recorded by Usher and Will.i.am. Although many fans criticized the use of auto-tune, “OMG” was a banger with many people liking the song’s dance vibe. “OMG” is not the first collaboration that we have heard between the two artists and we hope it is definitely not the last. The song topped the charts of several countries including the UK, New Zealand, United States, and Australia. With over 3.8 million units sold in the US alone in 2010, “OMG” was named as the fifth best selling song of the year.

“Hall of Fame” takes the second spot on our list of the greatest Will.i.am songs of all time. The song is powerful and its lyrics are uplifting. The song was released in 2012 after Danny O’Donoghue and Will.i.am met at The Voice UK, where they were both judges. The emotional yet uplifting lyrics talk about perseverance and in the end attaining one’s goals.

The music video for this pop-house hit song was released on 25th May 2012 and was directed by Will.i.am himself. The song opens with a piano solo by Will.i.am before Eva Simon joins in with some powerful vocals which are accompanied by a great beat. “This Is Love” is the lead single to Will.i.am’s fourth studio album, #willpower. The song features incredible production work by Steve Angello and Sebastian Ingrosso of Swedish House Mafia. The song peaked at #1 on the UK Chart where it sold 102,000 copies on its debut week.

Ranking the 10 Best Songs from the 28 Days Later Soundtrack

More Than a Bicycle Brake on a...