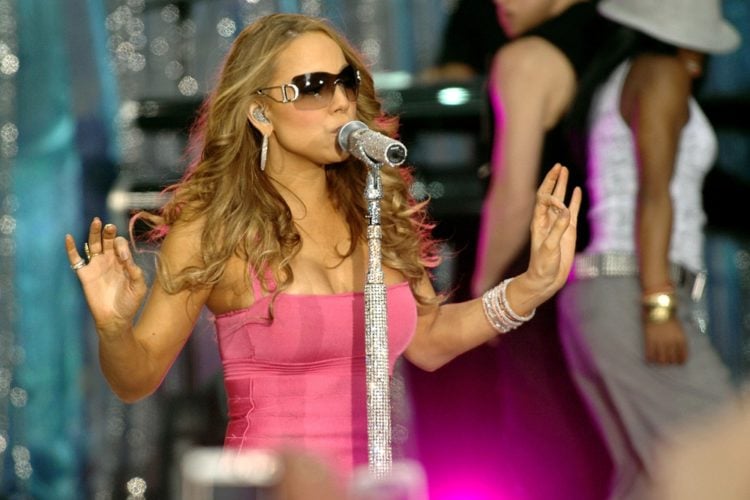 Throughout the 1990s, the music scene kept on evolving. In the early 1990s, house music was the dominant genre. As for the 1990s, hip-hop became popular. However, 1997 was a special year because there was no dominant genre. The year produced hit songs from country, R&B, hip-hop, rock and other genres. Also, the year saw a change in the art form of certain genres. In the early to mid-1990s, the popular form of hip-hop was gangster rap. However, in 1997, pop-rap began to gain prominence.

Will Smith was one of the rappers known for releasing pop-rap songs. Another genre that evolved was rock. Post-grunge overtook nu-metal in terms of popularity. Now that we have described how music was in 1997, it is time we identify its best songs. Without further ado, here are the 20 best hit songs from 1997.

The song acknowledges the importance of having a lover in your life. This song looks at the importance of a lover from a companionship perspective rather than a sexual one. Shola admits once you have a lover, you will never feel alone. Prolonged loneliness can be detrimental to your health. Loneliness is associated with high rates of depression and suicide.

In the chorus, Usher’s character expresses his love to a certain woman. He claims to love her so much that he wants to break off his current relationship to be with her.

Moreover, he wants to marry her. Usher’s sentiment of ending his relationship may be offensive or flattering, depending on who you ask. Interestingly, some of us can relate to how he feels. There were instances when people ended their marriage to be with their ‘soulmate.’ According to Indy 100, a woman ended her 14-year marriage after meeting a person she loved.

This party song uses clichéd lines that reference throwing your hands in the air and yelling. Interestingly, the clichéd lines do not make the song less enjoyable. Perhaps, it may have to do with the infectious rock elements in the song.

Backstreet Boys are known for releasing love ballads. However, they took a huge risk by releasing this party anthem. Typically, when an artist changes their sound, they risk ridicule from critics. Thankfully, there is hardly any backlash against this song since it is sufficiently enjoyable.

There are endless songs about a person claiming they cannot live without a certain person, including this one. However, this song makes you forget about the platitude due to how heartfelt LeAnn sounds in the song. Due to the emotion in her voice, you wish for her to get someone to love her. LeAnn expands on the concept of not being able to live without someone by referencing the sun.

The sun keeps us alive since it enables plants to make their food. From your Biology class, you learnt that plants set off the food chain. Also, the sun is known for producing light. The artist could also be referring to how her day gets brightened when she meets this particular person.

If you grew up listening to this song, you probably wondered what the term “tubthumping” means. Boff Whalley, the band’s guitarist, popularized the term due to an Irish neighbor of his. The neighbor would come home drunk and keep falling as he tried entering the house.

No matter how many times he fell, he would get up until he entered the house. The song is, therefore, about not giving up. Leave it to this band to use an intoxicated person to convey the importance of being persistent.

The song perfectly describes how life is hardly 100% comfortable. Instead, we do our best to cope with it. In the first verse, he talks about people trying to make ends meet. We need to do what we can to earn money. However, the song acknowledges that some people are slaves to money. No matter how much they earn, they are never fully satisfied.

In this song, R. Kelly plays the role of Batman. That is evident from the first verse, where he talks about looking over the skyline of Gotham. It makes sense why he portrays Batman since this song was the soundtrack to the film Batman & Robin. Although Gotham is fictional, the song inspires you to want a city just like it. He describes the city as being just, loving and peaceful.

This kind of love confusion is prevalent among adolescents. Since they are growing up, they are yet to understand what love entails. It is, therefore, understandable when they behave that way. However, if an adult is confused about whether or not they love you, then it becomes a sad state of affairs.

This song describes what youths do, unbeknownst to their parents. The song focuses on two boys, Timmy and Jimmy. Both boys take different paths in life. Timmy works hard in school and manages to graduate from college.

On the other hand, Jimmy concentrates on committing crimes like drug dealing and robbing. As a result, Jimmy ends up serving many jail terms. One admirable feature of this song is how it conveys the message by focusing on two characters. If you want to be successful, you will emulate Timmy and avoid being like Jimmy.

The late artist showcases his creativity when he talks about keeping his piece. Keeping your piece means keeping a gun. Also, “piece” sounds like “peace,” which means he could be talking about keeping his peace. You are left in suspense, wondering which kind of peace he is referring to. In the next line, he answers the question by referring to his gun.

Being a rap song, the rapper is not afraid to describe how wealthy he is. He talks about his S-Class Mercedes car, whose top speed is 160 mph. To exaggerate his affluence, he claims he can intentionally wreck it just to get another one immediately.

This song is about realizing the importance of a lover once they are gone. In this song, Janet’s character regrets letting her lover get away. She wishes she could turn back time and do things differently. The song is a cautionary tale about valuing the person you are dating. In case you miss out on a good person, you could wind up being single forever. Or, you could settle with a person who isn’t as good-natured as your ex-lover.

Furthermore, he expresses his will to move on by quoting his catchphrase, “and we won’t stop ’cause we can’t stop.” Years after the rapper passed on, the record label continued to run. The takeaway from this song is that someone’s death should not keep you from moving on.

8. Who Do You Think You Are – Spice Girls

Judging by the song’s title, you may assume that the band is attacking an aggressor. It turns out the statement is addressed to a group of dancers. Therefore, the song could be about a dancing competition.

Throughout the song, it is evident that the band is taunting other dancers. The group claims some dancers are boasting about their skills, yet they are subpar. Therefore, the band decides to teach the dancers some moves like swinging, shaking and grooving.

The artists bring out the pleasant feelings brought on by love. In the chorus, they sing about love causing shocks in their bodies. The shock is so pleasing that they cannot get enough of some loving. Not only is love causing changes in their bodies, but also in their behaviors. If you have been in love, you may remember how your behavior changed.

Perhaps, you were always stingy with your money. However, upon meeting the person you loved, you began spoiling them on dates. Or maybe you began buying them expensive birthday gifts.

In this song, Jewel’s character is fed up with a man who breaks her heart through his actions and words. The man behaves bizarrely by taking off his coat and standing in the rain. As for his words, he remains mostly quiet.

When he talks, he only comments about the weather. Let’s face it, ladies; such a man would be exhausting to be with. The woman cannot bear him anymore, and she urges him to stop his actions. She expresses her desperation by going down on her knees.

If you have watched the film Men in Black, then you will appreciate this song’s creativity. The song references the movie by talking about not being able to remember. In the movie, Will’s character uses a neutralizer, which is a device that wipes out people’s memories. Another reference to the movie is when he talks about his black RayBans spectacles. These spectacles protect the wearer from the neutralizer’s effect.

4. I Wanna Be the Only One – Eternal Ft. BeBe Winans

This song focuses on a woman who wants to ease another woman’s pain. The woman in pain is crying, although she tries to remain strong. Her comforter urges her not to suppress her sadness and reassures her that she is there for her.

The song plays like a conversation between BeBe and Easther from Eternal. As a result, you actually believe that one of the women is suffering and in need of some comfort. When you listen to the song, you can imagine yourself as one of the two women.

3. Picture of You – Boyzone

The song describes the harms of sometimes loving someone too much. In the song, a man is in love with a woman, but people close to him claim she is troublesome. The man ignores his critics and dates her anyway. Eventually, he lives to regret it after the woman disappoints him. Though naysayers exist, it is also not advisable to completely trust the person you are dating.

2. Where Have All the Cowboys Gone? – Paula Cole

In this song, Paula’s character longs for old-fashioned men. That explains why she namedrops John Wayne. John Wayne was a famous actor from the 1950s known for appearing in cowboy films. Paula mentions wanting a man like John Wayne. However, she begins to wonder whether such a man exists. In such a case, she could continue pursuing her John Wayne or lower her standards.

What do you think “honey” alludes to in this song? A sweetener? Or a term of endearment? How about ejaculation? In the pre-chorus, she talks about a man’s love coming over her and likens it to honey. Due to the song’s subtleness, it makes the list as our best 1997 song. Mariah Carey is always on it.

After reading this article, we hope you understand why we consider 1997 a special year for music. The year provided hits from different genres, and this listicle proves that. Additionally, there is something timely about these songs. That means a ten-year-old child could listen to these songs and think they were released today.

The 10 Best Anti-War Songs of All-Time