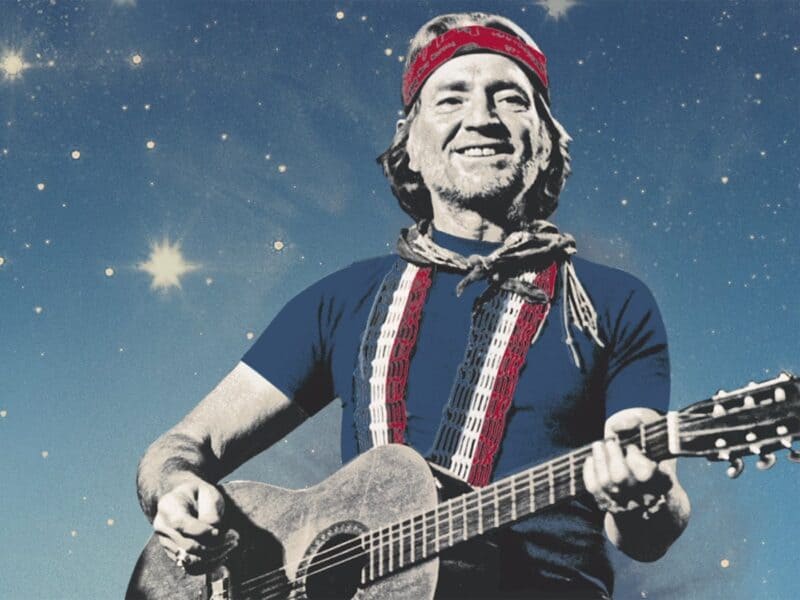 Many albums are musically great. Some albums change music. Willie Nelson’s “Stardust” is one of those albums. Released in 1978, “Stardust” is the archetype for one of the most successful musical genres of the last forty years. Nelson’s decision to implement the Great American Songbook as a theme for an entire album showed the type of vision that is synonymous with his genius. It was a choice that has not only spawned countless imitations, but it also resulted in an extraordinarily huge hit record. “Stardust” is one of the most important musical works of all time, but it was born out of an unlikely partnership.

Stax Records in one of the most influential music studios of the 20th century. Operating out of Memphis, Tennessee, Stax offered a more powerful and raw alternative to their Motown counterparts. Featuring such monumental artists as Sam & Dave, Isaac Hayes, and Otis Redding, Stax Records created an amazing sound and unforgettable music. Booker T. Jones was the man behind the music. It was Booker’s band, Booker T. & the MG’s, that was the house band at Stax. He was a 1992 inductee into the Rock and Roll Hall of Fame and the recipient of the Grammy Award for Lifetime Achievement. Jones is a living legend.

As an evenly integrated band in 1960’s America, Booker T. & the MG’s took more than their unfair share of harassment. It was much worse in the South. Booker had grown weary with the traditions and customs of Dixie. After witnessing the more accepting nature in California, Booker relocated to the left coast in the 1970s. Much to his surprise, he encountered his kindred musical spirit. The two would deliver a masterpiece. Booker relates in a 2007 interview, “Willie rented the apartment underneath mine in Malibu, in 1976. We started jamming at night on his or my deck by the beach. We ended up in the studio later that year and recorded some of those songs. It became the ‘Stardust’ album”.

In an interview in 2018, Willie echoes Booker’s recollections, stating, “Actually, we wound up living in the same apartment building in L.A. He was above me a couple of stories. We hung out together. We started talking about making records. It was just kind of a natural thing to do. We wanted to do some great standards, and he’s an incredible musician, arranger, producer. Me and Booker just kind of went to work”. Nelson is a child of the 1930s and 40’s, which accounts for his love of the great American songbook. Old standards. Frank Sinatra type music. Coincidently, Ol’ Blue Eyes and the Red Headed Stranger knew each other. “Sinatra and I were very good friends”, says Willie, “He was my favorite singer”. By the time Nelson was living on the beach below Booker, the idea to do a standards album had long been scratching at him.

After Willie ditched Nashville and returned to Texas in 1972, he adopted the Outlaw image that most associate with him today. “I’d go back to Texas and play all those beer joints where I grew up…They all liked what I did”, says the troubadour titan. As Nelson settled into his own style, he began to experiment at his live shows. According to Ken Burns’ acclaimed 2019 documentary Country Music, “He slipped some old pop standards – like ‘Stardust’ and ‘Georgia on My Mind’ – into his live performances. And discovered an enthusiastic response. ‘The kids in the crowd thought Stardust was a new song I had written,’ he explained. ‘The older folks remembered the song well and loved it as much as I did’”.  Willie clarifies the phenomenon saying simply, “Good songs never die. If it was good a hundred years ago, it’s still good today.”

Once Nelson and Jones decided to lay some tracks down, the vision of the project was quickly crystalized. “The idea was, a good song will always be good, and I played these songs all my life, practically – ‘Stardust,’ ‘Moonlight in Vermont,’ says Willie.  “All those songs my sister and I used to sit around the house and play when we were growing up in Texas. It wasn’t a big stretch for me to do these songs”. Speaking to the album’s material, Willie disclosed, “There were a lot of [the songs] I knew I wanted to record. There were a few [Booker] wanted to introduce and let me see if I wanted to do ‘em. It didn’t take long to come up with 12 or 15 songs.” The finished album features ten American classics including two gems from Hoagy Carmichael; “Stardust” and “Georgia on My Mind”.

It’s impossible to think of “Georgia on My Mind” and not hear Ray Charles. Most artists would never consider covering a song so thoroughly identifiable with such an iconic artist. But Jones knew Nelson could pull it off. “Booker and I were linked by our love of the blues in general, and our love of Ray Charles in particular,” Willie said in his 2015 autobiography, It’s A Long Story: My Life. “When I had just the slightest hesitation about singing ‘Georgia on My Mind,’ a song so closely associated with Ray, Booker encouraged me. ‘Ray did it his way,’ he said, ‘and you’ll do it yours. None of these songs belong to any particular singer. They belong to the world.’”. Jones was proven emphatically right. Nelson’s rendition of “Georgia” skyrocketed to #1 and won him the 1979 Grammy Award for best male country vocal performance.

Using the home studio of Country music maven Emmylou Harris, Willie and Booker got to work in early December 1977. Nelson stated in his autobiography that recording took “little more than a week. I never felt rushed. I had lots of space to maneuver and calmly meditate on the meaning of these timeless songs. Had lots of time to caress the melodies in my own way. I had the freedom to let my guitar say what needed to be said”. Critics universally hailed the album as brilliant, but it was extremely commercially successful as well. As noted in the Burns documentary, “1978’s ‘Stardust’ sold five million copies, garnered [Nelson] a new audience, and is still considered one of his best works. The album also reached the top – and stayed on the charts for 551 weeks”. That is over ten and a half years.

Produced by Booker T. Jones, Willie Nelson’s “Stardust” changed the way popular music was perceived. It revolutionized genre and disproved long held stereotypes. Willie had the foresight for that, but Booker made it possible. Jones set a new standard for recording the standard. His soulful and unique compositions give “Stardust” an inventive and inviting take on familiarity. There is a certain breezy magic that swirls about the lyrics resulting in an amazingly intimate album. As Grammy award winning vocalist Matt Berninger said, “When you listen to ‘Stardust’, it feels like Willie’s sitting right next to you. And Booker produced and arranged that”. The vocals are superb, but it is the work behind the voice that truly gives “Stardust” its magic. 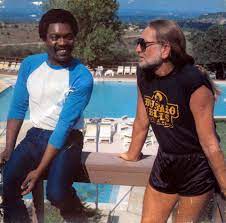