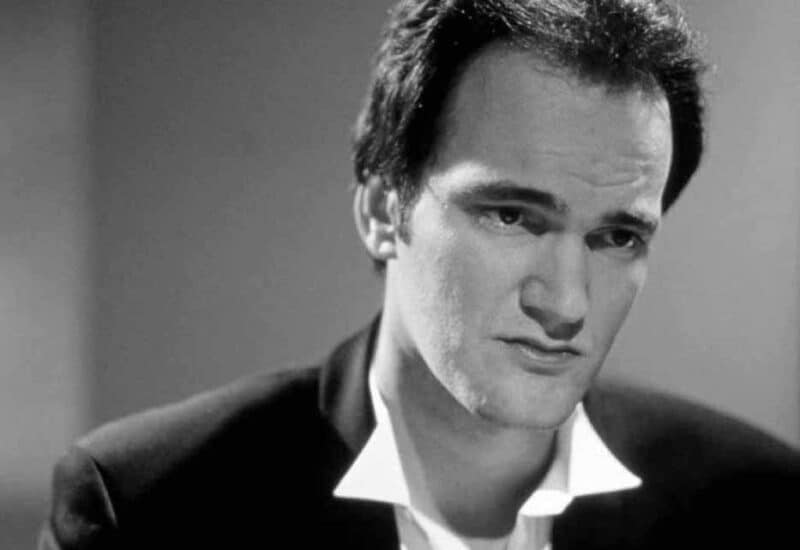 Once the ultimate Hollywood wunderkind, Quentin Tarantino now ranks among America’s most revered filmmakers. Since his professional directorial debut in 1992, he has showcased an innate ability to both entertain the masses and engage the individual. Quentin, 59, has written and directed some of the most pivotal and groundbreaking movies over the last thirty years. These include 1994’s Pulp Fiction and 2013’s Django Unchained, both for which he won an Academy Award. It is his capacity to connect with an audience that sets him apart.

In addition to his eclectic and extensive film expertise, Quentin possesses an unbelievable knowledge and love for music. The depth of his musical acumen is staggering and is perhaps the most potent tenet of his cinematic style. In a 2007 interview, Tarantino commented upon the marriage of film and song: “If you put the right piece of music with the right scene and the right sequence…it’s maybe the most cinematic thing you can do. It’s the most magical cinema can be”. Tarantino uses music as inspiration for a scene, but he also writes scenes specifically around a piece of music. The soundtracks Tarantino utilizes are not merely a form of narrative progression, his music is a participant in the narrative.

The use of the appropriate song can easily be the difference between a good scene and a timeless sequence. Tarantino’s films are rich with the latter. His strategic song placement aims to both connect with and engage an audience. Quentin strives to establish feeling in the audience via music. He has one that sticks out. QT states, “One that had a profound feeling when I used Bloodstone’s ‘Natural High’ in ‘Jackie Brown’. When she is emerging from the women’s jail, and Max Cherry is going to pick her up. And it’s this long lens shot of her walking closer to the camera…That song is a black anthem. I knew that black audiences would watch that movie and see Pam Grier, this legend, in rhythm to this wonderful piece of soul music. And it was just glorious”.

“Music is very, very important in my movies. In some ways the most important stage, whether it ends up in the movie or not, is when I come up with the idea itself”. Tarantino continues, “When I’m writing a movie or when I have an idea for a film, I go through my record collection. Just start playing songs, trying to find the personality of the movie”. QT’s gift for perfectly pairing scene and song has been evident from his first film. “Reservoir Dogs” is a gritty crime drama and a seminal directing achievement. It is Tarantino’s first major effort and has become a cult classic. Without a doubt, the most memorable sequence is a torture scenario featuring a 1970’s soft rock classic.

Any person who has seen “Reservoir Dogs” remembers the part where Mr. Blonde uses a straight razor on a bound, defenseless policeman. The imagery is frightening but the use of music takes it to a disturbing extreme. QT sets the scene to the 1972 tune “Stuck in the Middle With You” from the band Stealers Wheel. Not only is the juxtaposition between the actions and the song unsettling, but the song exists as part of the scene. This means that the audience is hearing and experiencing everything the characters are, including torture. By involving the viewer in the scene, Quentin has made them an unwitting participant. The audience is both accomplice and victim, inexplicitly hooked.

Regarding the iconic scene, Tarantino says it “was one of those things where I thought [the song] would work really well…The first time somebody actually did the torture scene to that song, the guy didn’t even have a great audition. But it was like watching the movie. I was thinking, ‘Oh my God, this is gonna be awesome!’” The film director’s most difficult objective is to get the film viewer invested in the story. Quentin is a master at this, and a major reason why is due to his mastery of music. As he says, it connects the movie audience in a “visceral, emotional, cinematic way”.

Tarantino’s movies can sometimes feel disjointed, but the music is always a consistent presence. One of his trademarks is a song over the opening credits. By doing this, QT establishes the tone of the film. Or as he describes it, “the spirit of the movie, the beat that the movie will play with”.  A beautiful example of this occurs at the beginning of “Reservoir Dogs”. The “walking scene” is a skillfully executed thing of beauty. As the audience is introduced to the cast, Quentin captures the actors walking in unison. The scene is shot at 12 frames per second, half of normal speed. Set to the action is the 1970 song “Little Green Bag” by George Baker Selection. The song perfectly suites the scene. Not only is it rhythmically appealing but it contains themes of paranoia and mistrust, reminiscent of the film.

QT’s skill at combining song and cinema is unrivaled in today’s moviemaking landscape. But probably too are his knowledge of music and film. The above examples provide only a small glimpse into his genius. In October of 2022, Quentin released his first non-fiction book. Called Cinema Speculation, the tome is a detailed account of his influences including the blaxploitation films from his boyhood. The content is engrossing, and the insights are extraordinary. For his next literary project, perhaps Tarantino could examine his use of music in film. It sounds like a book that would be music to an audience’s ears.

10 Awesome Forgotten Songs of the 90s