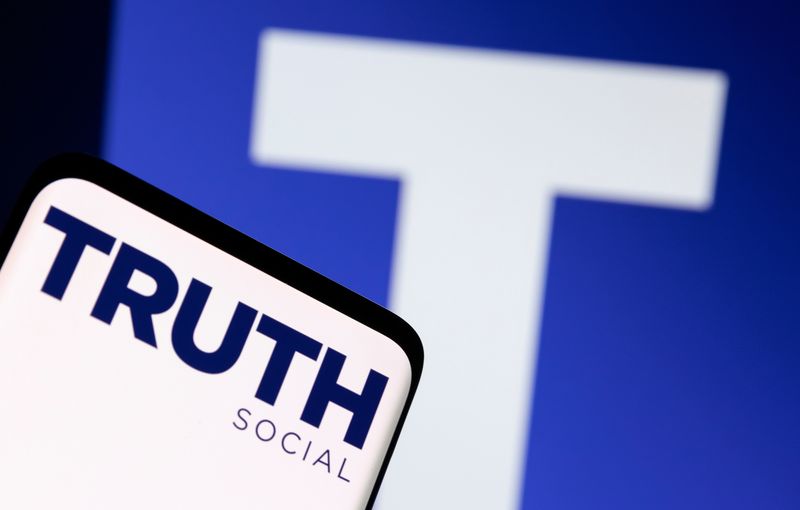 (Reuters) -Former U.S. President Donald Trump’s social media platform Truth Social has not yet been approved for distribution on Alphabet (NASDAQ:) Inc’s Google Play Store due to insufficient content moderation, according to a Google spokesperson on Tuesday.

The delay marks a setback for the app, which launched in the Apple (NASDAQ:) App Store on Feb. 21. Android phones comprise about 40% of the U.S. smartphone market. Without the Google and Apple stores, there is no easy way for most smartphone users to download Truth Social.

“On August 19, we notified Truth Social of several violations of standard policies in their current app submission and reiterated that having effective systems for moderating user-generated content is a condition of our terms of service for any app to go live on Google Play,” Google said in a statement.

“Last week, Truth Social wrote back acknowledging our feedback and saying that they are working on addressing these issues.”

Google said it has expressed concerns to Truth Social about violations of its Play Store policies prohibiting content like physical threats and incitement to violence. Truth Social parent company Trump Media & Technology Group (TMTG) did not respond to Reuters’ request for comment.

News of the Android delay was first reported by Axios.

Truth Social restored Trump’s presence on social media more than a year after he was banned from Twitter Inc (NYSE:), Facebook (NASDAQ:) and Alphabet Inc’s YouTube following the Jan. 6, 2021 U.S. Capitol riots, after he was accused of posting messages inciting violence.

TMTG has pledged to deliver an “engaging and censorship-free experience” on Truth Social, appealing to a base that feels its views around such hot-button topics such as the outcome of the 2020 presidential election have been scrubbed from mainstream tech platforms.

TMTG is working with Hive, a San Francisco-based company that does AI-based content moderation, to flag sexually explicit content, hate speech, bullying and violent content on the app.

Human moderators decide what to do with the content Hive has flagged. While the scope of TMTG’s human moderation efforts is unclear, according to a posting on the TMTG website, the company is hiring a “community content administrator” whose job will include reviewing “user-posted content on Truth Social verifying it adheres to established community guidelines.”

Myths About Teenagers That Are Dead-Wrong