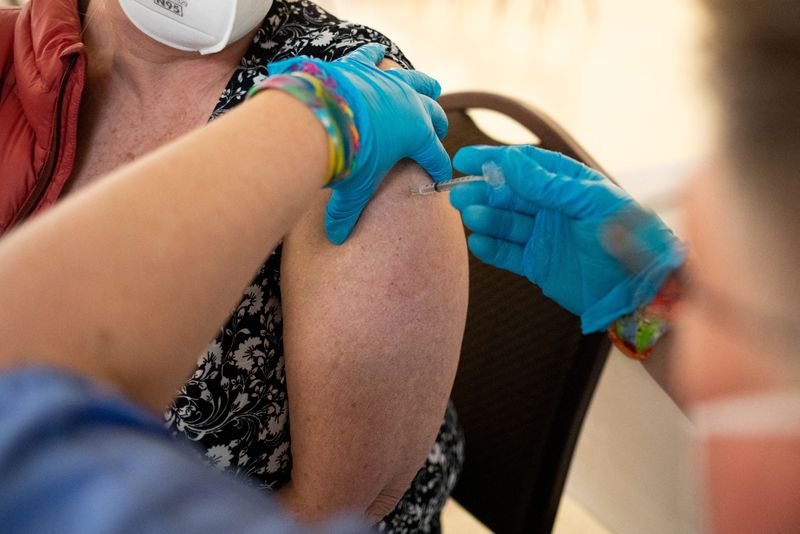 WASHINGTON (Reuters) – A U.S. appeals court panel said on Monday it would convene a full panel to reconsider President Joe Biden’s executive order requiring civilian federal employees to be vaccinated against COVID-19, and set aside the order pending that hearing.

The U.S. Court of Appeals for the Fifth Circuit, which is based in New Orleans, had reinstated the vaccine order in April by a 2-1 vote after it was blocked by a district court judge in January. [L2N2W530Z]

The court said on Monday that it would reconsider the case en banc, which means it will be heard by a larger panel of judges. No date was given for the hearing. Pending that hearing, the court said it would vacate the April ruling, which means that Biden’s order cannot be enforced.

Biden said in September he would require about 3.5 million government workers to get vaccinated by Nov. 22, barring a religious or medical accommodation, or face discipline or firing. Despite the legal fight, more than 90% of federal workers were vaccinated by December, the White House said last year.

The president’s vaccine and mask mandates have faced stiff opposition, led by Republicans, which have turned public safety measures endorsed by disease experts into a political and legal battle in the United States.

The United States passed the milestone of 1 million dead from the coronavirus in May. More than 250 people still die of the disease daily, according to the U.S. Centers for Disease Control and Prevention.