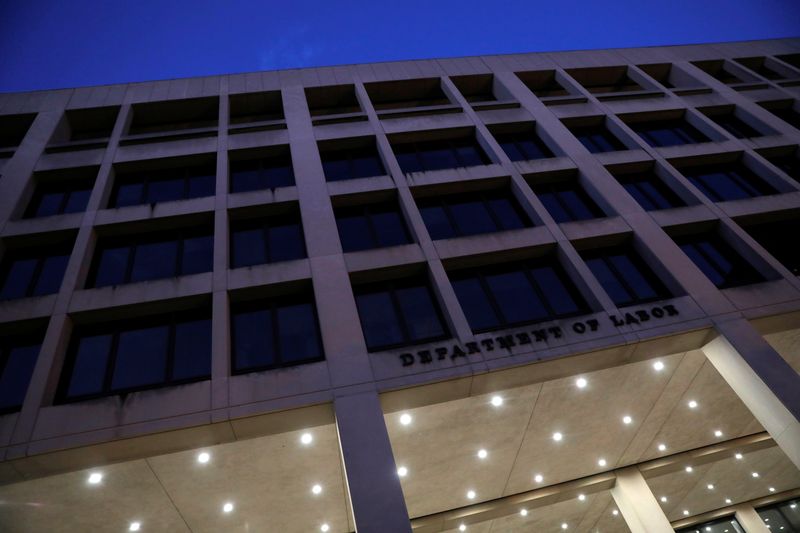 © Reuters. The Department of Labor headquarters is seen in Washington, D.C., U.S., May 13, 2021. REUTERS/Andrew Kelly

WASHINGTON (Reuters) – The U.S. Department of Labor on Tuesday unveiled a proposal that would make it harder for companies to treat workers as independent contractors, potentially upending the gig economy and other industries that rely heavily on contract labor, the latest effort by the Biden administration to reverse a Trump-era rule.

Legal battles over which workers can be classified as employees, which forces companies to pay overtime and foot the bill for payroll taxes, social security and benefits, have raged since companies like Uber (NYSE:), Doordash and Lyft (NASDAQ:) have become popular in the United States over the past decade.

Federal guidance has see-sawed depending on who is in power.

The administration of Barack Obama, a Democrat, actively enforced employee misclassification cases but didn’t craft a new regulation, leaving it to Congress to pass legislation interpreting employee status and courts to set boundaries through case law.

It did issue guidance in 2015 that said employment relationships should be measured more by workers’ economic dependency on employers and less by the amount of control exerted over them. TRUMP-ERA RULES:

That dependency guidance was withdrawn in 2017 by Republican Donald Trump’s first labor secretary, and nixed by a U.S. appeals court in 2018 as too broad.

The National Labor Relations Board in May 2019 issued an advisory memo that concluded that because Uber drivers set their hours, own their cars and are free to work for the company’s competitors, they cannot be considered employees under federal labor law.

A DOL proposal in September 2020 made it easier for companies to classify workers as independent contractors if they operated an independent business and had opportunities for profit or loss. In January 2021, two weeks before Trump was to leave office, his administration finalized a rule under the Fair Labor Standards Act (FLSA) that reflected that proposal.

The administration of Democrat Joe Biden blocked the Trump rule in May 2021.

A U.S. district judge in Texas in March 2022 blocked the Biden administration withdrawal and ordered the Trump rule to take effect. The Justice Department appealed.

In June 2022, the DOL said it would develop a proposed rule on determining employee or independent contractor status. It held forums in June to hear from workers and companies.

Among Us VR launches November 10th

Microsoft partners with Meta to bring Teams, Office, Windows, and Xbox to VR