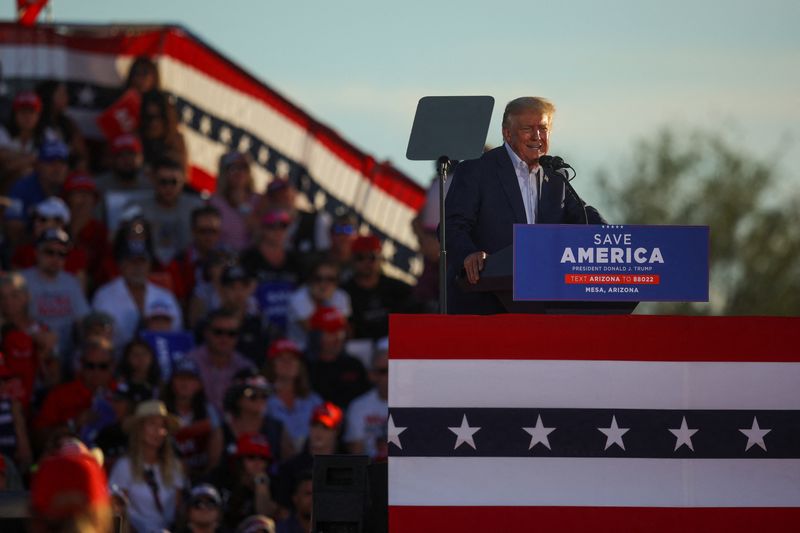 WASHINGTON (Reuters) – The U.S. Justice Department on Tuesday asked the Supreme Court to reject former President Donald Trump’s bid to again empower an independent arbiter to vet classified records seized from his Florida home as part of his legal battle against investigators probing his handling of sensitive government records.

Trump filed an emergency request on Oct. 4 asking the justices to lift a lower court’s decision to prevent the arbiter, known as a special master, from vetting more than 100 documents marked as classified that were among the roughly 11,000 records seized by FBI agents at his Mar-a-Lago estate in Palm Beach on Aug. 8.

The former president went to court on Aug. 22 in a bid to restrict Justice Department access to the documents as it pursues a criminal investigation of him for retaining government records, some marked as highly classified including top secret, at Mar-a-Lago after leaving office in January 2021. Trump at the time asked a judge to appoint a special master, as the judge later did, to vet the seized documents and review whether any could be deemed privileged and potentially withheld from investigators.

Swift rise to PM, but some doubt Rishi Sunak can win UK elections By Reuters