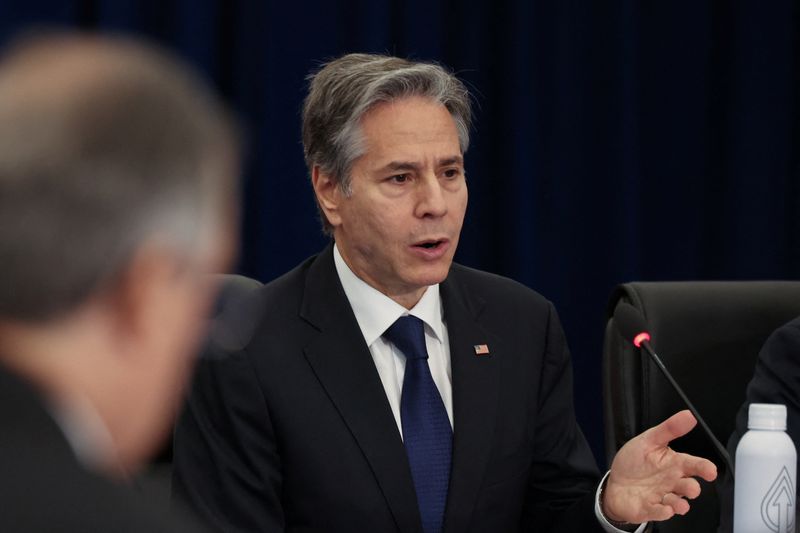 © Reuters. U.S. Secretary of State Antony Blinken speaks at a trilateral meeting with Canadian and Mexican counterparts at the ninth Summit of the Americas in Los Angeles, California, U.S., June 10, 2022. REUTERS/Lucy Nicholson

The United States and Nicaragua have been at odds for years, but relations took an especially hard hit when Daniel Ortega, a former Marxist guerrilla, won a fourth consecutive term in November after jailing rivals and cracking down on critical media. U.S. President Joe Biden dismissed the election as a sham and imposed sanctions on more Nicaraguan officials.

“The United States remains deeply concerned about the Ortega-Murillo regime’s unjust detentions of political prisoners and ongoing abuses against members of civil society,” Blinken said in the statement.

He said judges and prosecutors aligned with the government of Ortega and Vice President Rosario Murillo are complicit in undermining democracy due to their roles in prosecuting and convicting opposition leaders, human rights defenders and others.

The United States cited human rights abuses in Nicaragua when it declined to invite Ortega to the U.S.-hosted Summit of the Americas in Los Angeles last week.

One year after Juan Sebastian Chamorro and Felix Maradiaga were arrested ahead of Nicaragua’s disputed 2021 election, neither has spoken to their families and both are being held in “horrific conditions,” their international counsel told a press conference on Wednesday, the anniversary of their arrests.

The Apple TV 4K is available for its best price ever

Cyber Signaling and Nuclear Deterrence: Implications for the Ukraine Crisis

Lavrov, at the UN, pledges ‘full protection’ for any territory annexed by Russia By Reuters