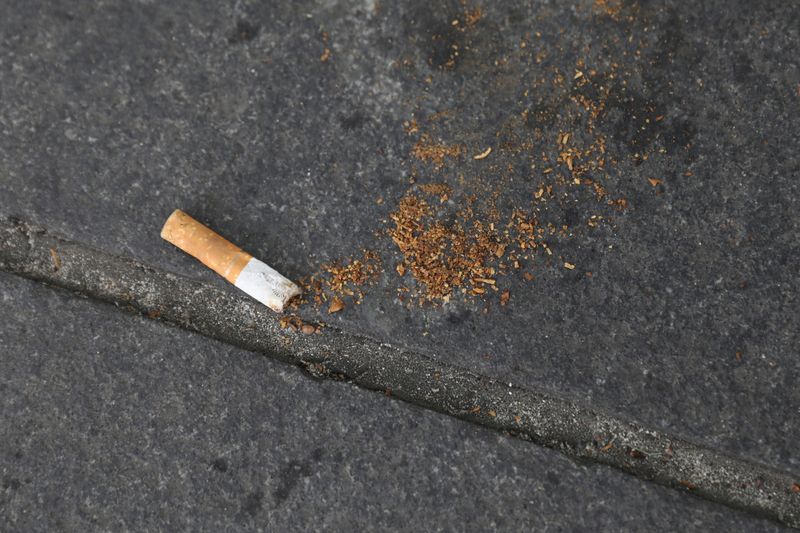 (Reuters) -The White House is expected to announce on Tuesday it intends to issue a rule requiring tobacco companies to reduce nicotine levels in cigarettes sold in the United States to minimally or non-addictive levels, the Washington Post reported.

The report, citing a source familiar with the situation, comes as the Biden administration doubles down on fighting cancer-related deaths.

Earlier this year, the government announced plans to reduce the death rate from cancer by at least 50% over the next 25 years.

The U.S. Food and Drug Administration, in response to a Reuters request for comment on the Washington Post report, said it could not provide any information at this time.

Tobacco contains several harmful chemicals, many of which could cause cancer on smoking. Nicotine is the addictive substance in tobacco. Cigarette smoking and exposure to tobacco smoke cause about 480,000 premature deaths each year in the United States, according to the National Cancer Institute.

According to the U.S. Centers for Disease Control and Prevention (CDC), more than 7,300 nonsmokers die each year from lung cancer caused by secondhand smoke.

In April, the U.S. FDA issued a long-awaited proposal to ban menthol cigarettes and flavored cigars in a major victory for anti-smoking advocates.

The White House initiative is expected to be unveiled as part of the government’s “unified agenda,” a compilation of planned federal regulatory actions released twice a year, the Washington Post added https://www.washingtonpost.com/health/2022/06/21/nicotine-cigarettes-biden-administration-cut.

As a Michigan Educator, You May Qualify for Insurance Savings