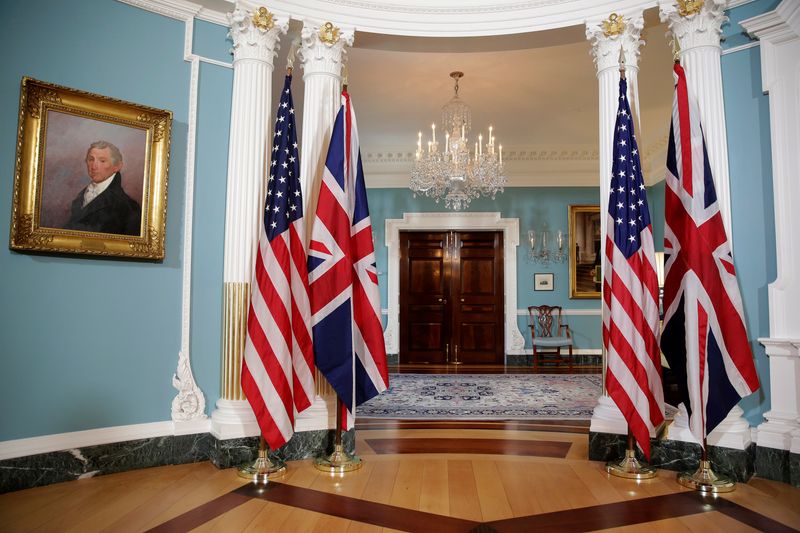 © Reuters. FILE PHOTO: The flags of the United States and the United Kingdom stand after bi-lateral photo between U.S. Secretary of State Rex Tillerson and British Foreign Minister Boris Johnson was cancelled at the State Department in Washington, U.S. March 22, 201

WASHINGTON (Reuters) – The United States and Britain will further their cooperation on sanctions against Russia over its invasion of Ukraine as well as on other targets, top financial officials for the two allied nations said in a joint statement on Monday.

“Over time, we expect to realize the benefits of our collaboration not only in relation to the sanctions imposed in response to Russia’s invasion of Ukraine, but also across other common sanctions regimes,” Andrea Gacki, the head of the U.S. Treasury Department’s Office of Foreign Assets Control, and Giles Thomson, the head of Britain’s Office of Financial Sanctions Implementation, wrote.

Iranians keep up the heat on leaders with protests, strikes By Reuters