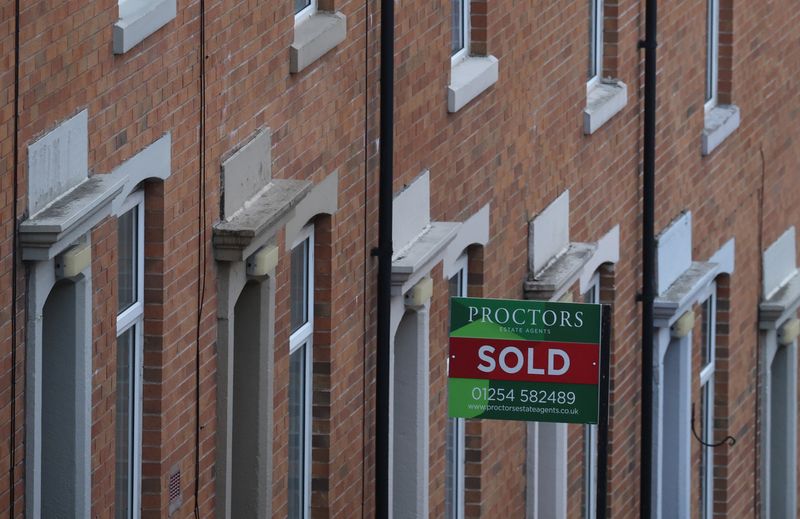 LONDON (Reuters) – British house prices leapt in July by 15.5% in annual terms, the biggest increase since May 2003, reflecting how prices in the same month last year were hit by the end of a tax break for home-buyers, the Office for National Statistics said.

July’s increase represented a sharp jump from June’s 7.8% rise in prices which was a sharp slowdown from May.

A Reuters poll published last month showed the surge in British house prices is expected to end next year as the cost-of-living crisis and rising interest rates put the brakes on the market.

(This story has been refiled to add dropped word in headline)