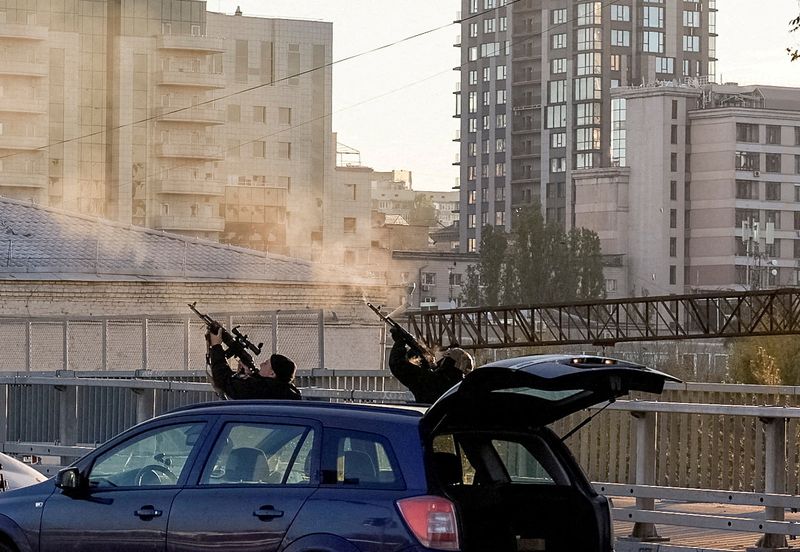 Russia has stepped up attacks on Ukrainian energy facilities and cities since Oct. 10, using missiles and what Kyiv says are Iranian-made Shahed-136 attack drones.

“If we take the last two weeks and the results in taking down drones, our air defence is 85% effective,” Ihnat told a briefing. “Now we’ve learned to recognise them and shoot them down more effectively.”

Tehran denies supplying Shahed-136 drones to Moscow and the Kremlin denies its forces have used Iranian drones to attack Ukraine. But two senior Iranian officials and two Iranian diplomats told Reuters that Iran has promised to provide Russia with surface to surface missiles, in addition to more drones.

“Ukraine currently doesn’t have effective air defence systems against ballistic missiles. Iran will likely supply those (to Russia), unless the world finds a way to stop it,” Ihnat said.

The United States has dismissed Iran’s denial that it has sold the drones to Moscow and said Iranian military trainers are in annexed Crimea helping Russian forces operate the drones.

Ihnat said this was a matter for Ukrainian and Western intelligence but added: “It’s obvious they are there, for me personally. They are teaching and maybe even participating in military action.”

“One of those systems is already working in Ukraine. The only thing is we obviously can’t say where it is and how it works,” Ihnat said. “Iris had shown itself to be very useful, and its capability has been proven under military conditions.”

(This story has been refiled to fix typo in headline)