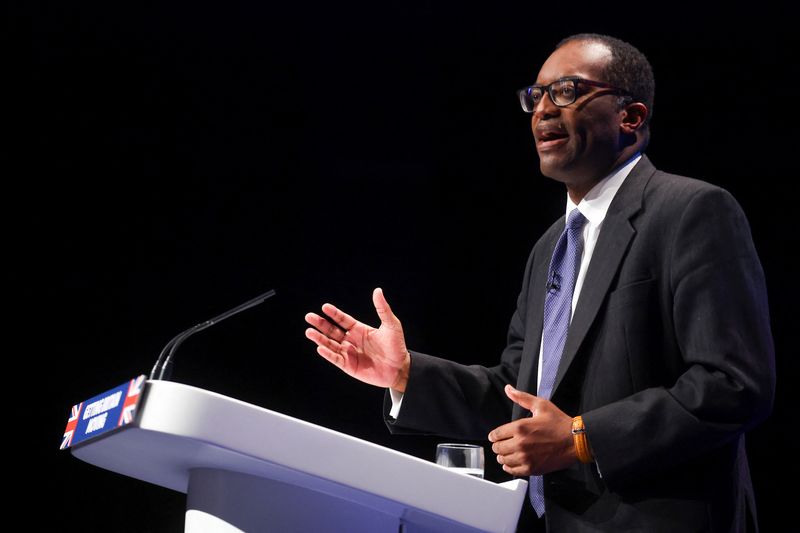 Under pressure to rebuild investor confidence in the new government’s economic agenda, Kwarteng said he would reveal longer-term tax and spending plans and independent economic forecasts on Oct. 31, not Nov. 23 as previously scheduled.

He also announced on Monday that experienced Treasury official James Bowler would be the finance ministry’s new top civil servant, after unsettling investors by abruptly ousting his predecessor.

Newspapers reported last week that Prime Minister Liz Truss wanted to give the job to an outsider, having accused the Treasury of following low-growth economic policy “orthodoxy”.

Mel Stride, a lawmaker who chairs the Treasury Committee in the lower house of parliament and had criticised Scholar’s departure, said the appointment would help reassure investors.

“What we need at the moment are safe pairs of hands. We need to rely on our solid institutions. We don’t want to be undermining those in any way,” Stride told BBC radio.

The moves came as Kwarteng prepared to head to Washington this week with International Monetary Fund criticisms of Britain’s new policy direction ringing in his ears.

Investors remained anxious, pushing up the yields on longer-term British government debt even as the Bank of England enlarged its emergency support for the shaky bond market, which is due to expire on Friday.

The Financial Conduct Authority, a regulator, told trading platforms they must tell it immediately about any big deterioration in market conditions while the European Union’s securities watchdog asked Britain about the extreme moves.

The earlier date of Kwarteng’s budget announcement will allow the BoE to factor the government’s tax and spending plans into its thinking before it announces its next interest rate decision on Nov. 3.

Many investors think the BoE could raise rates by a whole percentage point to counter the inflationary impact of Kwarteng’s tax cuts.

It is also due to start its quantitative tightening (QT) sales of British government bonds on Oct. 31 after postponing it because of its emergency bond purchase move.

“You have lots of risk events coming,” Pooja Kumra, senior European rates strategist at TD Securities, said. “The end of temporary purchases, then the fiscal outlook on Oct. 31 and the start of QT, and the BoE meeting itself on Nov. 3.”

Kwarteng said the new date for his medium-term fiscal statement would give the independent Office For Budget Responsibility (OBR) enough time to carry out a full forecast.

He has previously said the OBR would not have had enough time to produce satisfactory projections for his Sept. 23 announcement, although the OBR has contradicted this.

Kwarteng and Truss are hoping that the OBR will back their claims that the combination of tax cuts and reforms to areas such as planning rules and immigration will boost Britain’s economic growth prospects.

But last month the IMF said the government’s push for economic growth and the Bank of England’s attempts to control inflation were working against each other.

The new date for the fiscal plan leaves Kwarteng and Truss with little more than two weeks to settle divisions in her cabinet over cuts to government spending.

Having already bowed to pressure to drop the most divisive policy – eliminating the 45% top rate of income tax for the highest earners – they face cabinet opposition to the idea of cutting welfare benefits in inflation-adjusted terms.

Last week two senior ministers expressed their dissatisfaction with Truss’s income tax U-turn, suggesting that unity among her top team was breaking down.

Is Bitcoin the only crypto that will survive FTX? Interview with Bitcoin maximalist By Cointelegraph