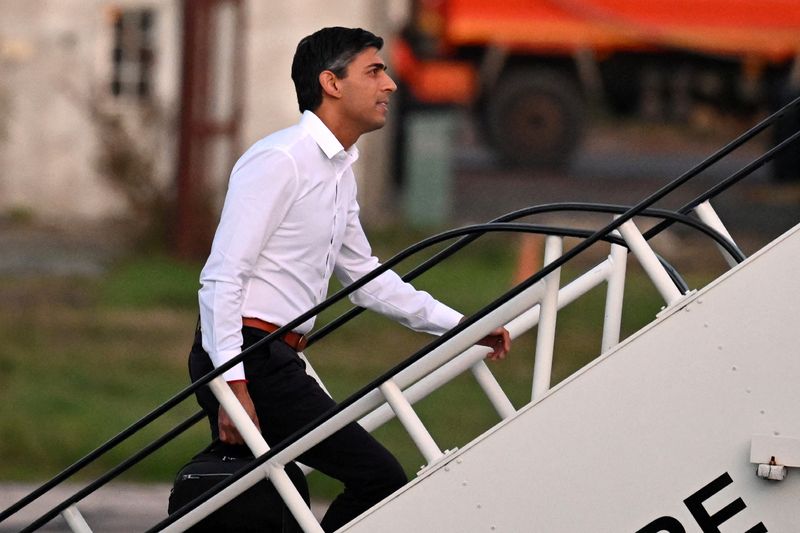 (This Nov.14 story has been corrected in paragraph 9 to remove reference to Sunak expected to meet Russian Foreign Minister Sergei Lavrov)

(Reuters) – British Prime Minister Rishi Sunak on Tuesday extended his support for Ukraine at the G20 summit while confirming a long-planned order for warships from BAE Systems (OTC:).

“Russia’s actions put all of us at risk,” he said at the summit in Bali, Indonesia. “As we give the Ukrainian people the support they need, we are also harnessing the breadth and depth of UK expertise to protect ourselves and our allies.”

This contract, in addition to the three ships already under construction, comes as the next phase in the Type 26 frigate programme and all the eight of the Type 26 frigates are expected to be completed by the mid-2030s, the statement said.

The British government has planned to build a total of eight Type 26s since 2015, when it cut the programme from 13 ships.

Ships of the class will be advanced warships to be used in anti-submarine warfare to protect the British nuclear deterrent at sea, according to the government.

The prime minister and fellow leaders would stress at this week’s meeting that Russia’s role in the international system would never be normalised while the war in Ukraine continued, the statement added.

Sunak arrived at the summit in Bali, Indonesia, on Monday for a meeting that Russian Foreign Minister Sergei Lavrov will also attend.

The announcements come as Britain prepares for a budget on Nov. 17 in which the government will lay out spending cuts and tax rises.

Apple’s Emergency SOS via satellite, put to the test

Is it Bitcoin’s time to shine? British pound drops to all-time low against the dollar By Cointelegraph