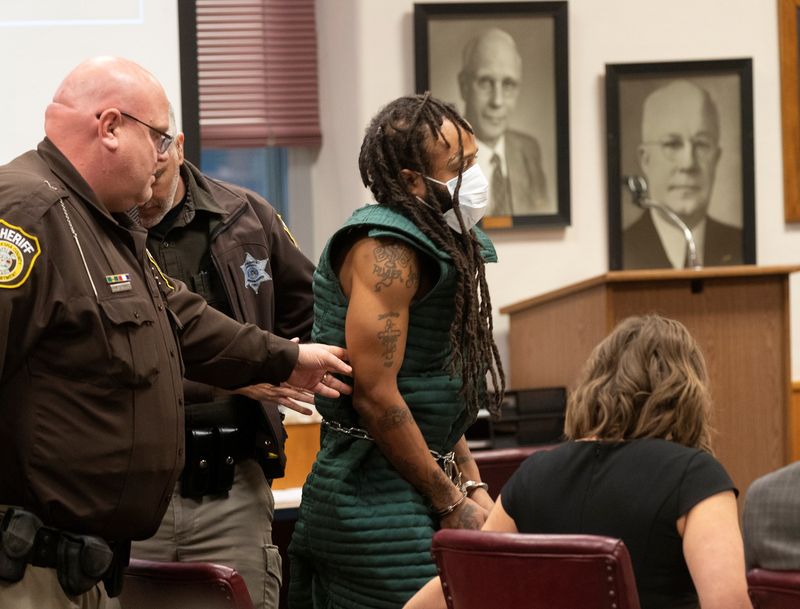 (Reuters) -A Wisconsin man on Wednesday was found guilty of murder and other charges for killing six people and injuring dozens of others when he drove his SUV into a Christmas parade near Milwaukee last year.

The 12-person jury in Waukesha County convicted Darrell Brooks, 40, of six counts of intentional homicide. He faces life in prison when sentenced.

Brooks was accused of deliberately driving his sport utility vehicle through police barricades and into the crowds participating in the annual parade in the city of Waukesha, about 15 miles (25 km) west of downtown Milwaukee on Nov. 21.

During his closing argument on Monday, Brooks told the jury that he had no intention of hurting anyone. He said he sounded the vehicle’s horn as he drove through the crowd, attempting to warn people to get out of the way.

“When you ride through a parade route and roll over children … your intent is known, Mr. Brooks,” Waukesha County District Attorney Sue Opper said during closing arguments. “That’s not an accident.”

The ages of the people killed ranged from 8 to 81 years old, and more than 60 other people were injured, including at least 18 children.

Brooks, a Milwaukee resident, was out on bail from a domestic abuse charge at the time of the attack. He was arrested near the scene and has been in custody ever since.