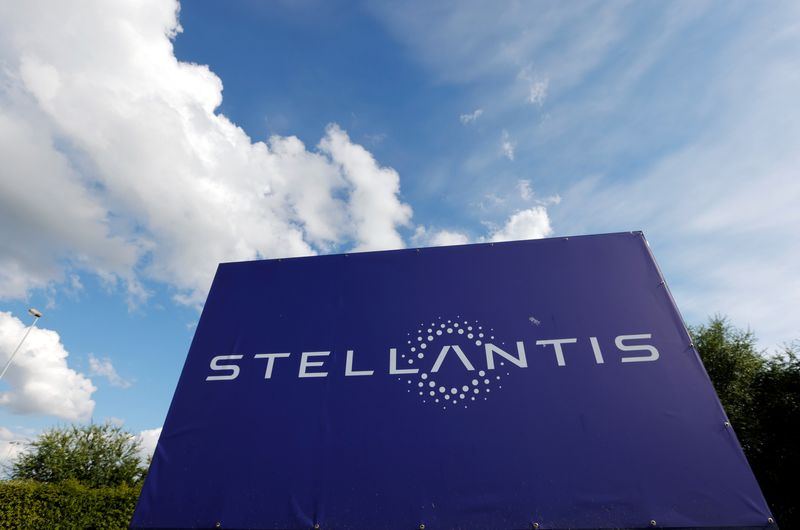 © Reuters. FILE PHOTO: A view shows the logo of Stellantis at the entrance of the company’s factory in Hordain, France, July 7, 2021. REUTERS/Pascal Rossignol

(Reuters) – Members of the United Auto Workers union walked out of Stellantis’ Kokomo plant in Indiana on Saturday, citing health and safety concerns.

In a statement, the union demanded the company replace its heating and air-conditioning systems, provide clean uniforms and repair equipment to provide a safer and more comfortable working environment.

It was not clear how long the strike would last or to what extent production would be affected.

UAW Vice President Cindy Estrada said Stellantis was claiming to have no money to meet the basic needs of its workers but was making record profits and investing billions in a new battery plant.

In May, Stellantis and Samsung (KS:) SDI announced they would invest more than $2.5 billion to build a new joint venture battery plant in Kokomo.

“After bargaining in good faith for two days and presenting an offer we believed addressed the union’s concerns, we are disappointed by the UAW’s decision to walk out,” Stellantis said in a statement.

“We will look to get back to the table as soon as possible.”

WALL-E is rolling his way into the Criterion Collection